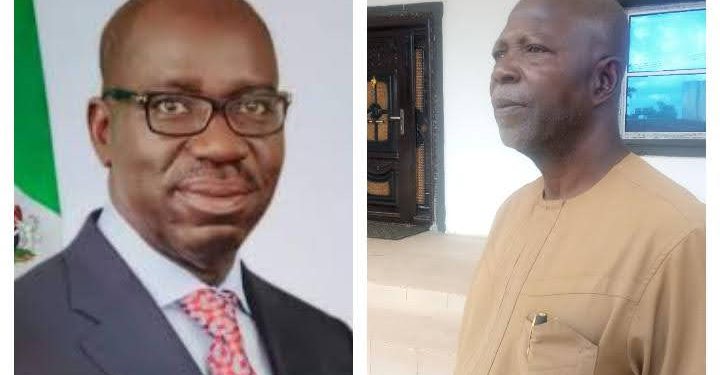 The People Volunteer League(PVL) has paid glowing tribute to the Edo State Governor, Mr. Godwin Obaseki, for his unmatched contribution to the war against terrorism and kidnapping in the state.

In a press statement Coordinator General of the group, Mikiste Ewansiha Thomas, said there is no doubt that Mr. Godwin Obaseki’s allocation of the huge sum of N1.87 billion for the construction of a Forward Operation Based (FOB) in Ehor in Uhunmwonde Local Government Area of Edo State is both unprecedented, humongous and militarily expedient.

Parts of the statement reads, “In view of the Ehor axis being the epicentre of security challenges in Edo theatre of the war against terror and kidnappings, the siting of this FOB in the area is an act of military logistic genius. It therefore means that the 4th Brigade will now be able to deplore a minimum of company strength to launch operation against these criminals without the need to mobilise the Brigade Headquarters.

“With this measure, a very strong message is being sent to those who thought that their nefarious way of life will reign supreme over law abiding and regular people.

“Once more, we congratulate the governor,” the statement concluded.