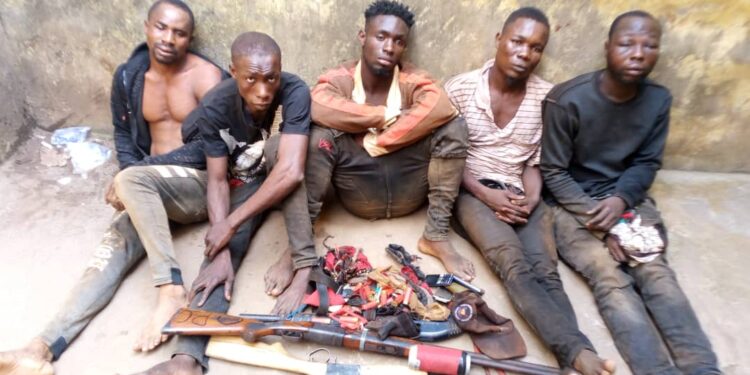 According to the Command’s PRO, SP Chidi Nwabuzor, at the time of their arrest by operatives of Ekiadolor Divisional Police Headquarters on Friday, December 16th, 2022, the following items were recovered from them – one double barrel gun, one single barrel gun, two pump-action guns with catridges.

The arrest of the kidnappers, said Nwabuzor, “was made possible following a complaint made by a patriotic citizen of the state, that at about 0600hrs on the  day some group of five men suspected to be kidnappers, heavily armed with guns and other dangerous weapons invaded Ogoja Camp(aka Ford Oga Camp) with the intention to kidnap one of the heads of the camp, and shot sporadically into the air, but as luck ran against them, they were arrested by the Police with the help of  community members and the vigilante group from Kamafua- ii Community in Uhunmwode Local Government Area.”

Meanwhile, the Commissioner of Police Edo State, CP Mohammed A. Dankwara, while commending the bravery of the operatives, the community and the vigilante group in arresting the kidnappers, reiterates the command’s readiness to respond to distress calls. He equally warns criminals to leave the state or face the stiffness of the law when caught.

He enjoins the good citizens of Edo State to be at the vanguard of the Command’s campaign against criminals and their activities in the state, especially during the Yuletide seasons, and encourages them to imbibe the attitude of ‘see something, say something’ in order to expose and bring the activities of criminals to an end. 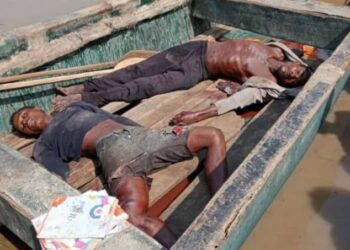 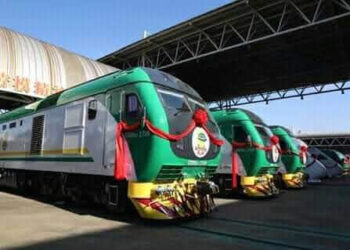 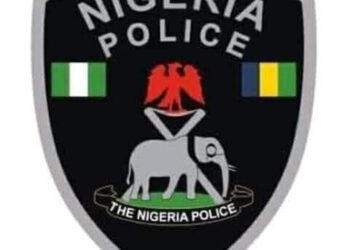