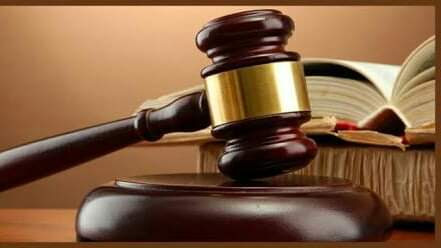 Edo State Judiciary has countered the false claims being peddled by the Governor Godwin Obaseki led faction of the Peoples Democratic Party (PDP) that it has restrained the party’s Vice Chairman in the South South, Chief Dan Osi Orbih and 10 others from participating in the forthcoming National Convention of the party to be held in Abuja on the 30th and 31st of October.

A disclaimer emanating from the Office of the Chief Registrar of the High Court of Justice, H.O. Osawaru Esq. with REF. NO. EDJ/PRO/2021/VOL.11/130 stated:
“The attention of the Edo State Judiciary has been drawn to the publication by the online media arm of the Vanguard Newspaper, Punch Newspaper, PM News and other online news outlets to the effect that an Edo State High Court presided over by Hon. Justice J.O. Okeaya-Inneh retrained the National Vice Chairman (South South of the Peoples Democratic Party, PDP) Chief Dan Orbih and the State Secretary of the Party, Hilary Otsu and others from participating in the party’s National Convention scheduled for October 30 and 31, 2021.

“Let it be stated for record purposes that no such restraining  order was issued by Hon. Justice J.O. Okeaya-Inneh. The applicants were only ordered to place the Respondents on Notice and leave was granted to the Claimants/Applicants to serve the originating process on the PDP outside the jurisdiction of the Court and a further leave was granted to the Applicant to serve the originating process by substituted means. The enrollment order which the media houses based their publication on did not place a restraining  order on anyone.”

It would be recalled that the Governor Obaseki faction of the PDP had earlier spread fake news that Chief Dan Orbih, Hillary Otsu(Secretary) and nine others had been restrained from the party’s National Convention coming up in Abuja between 30th and 31st of October, 2021.