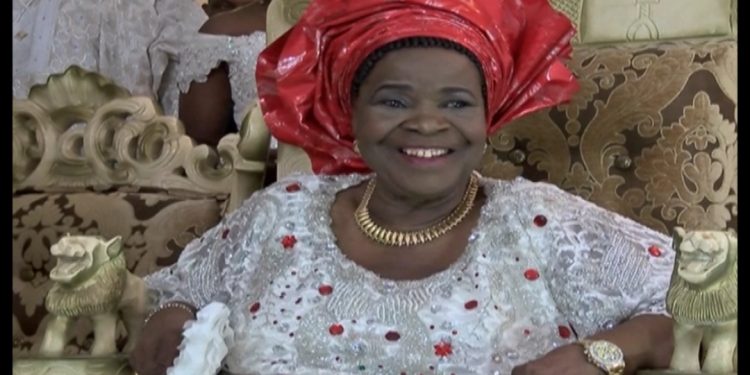 Multibillionaire business mogul and proprietor of Abuja based mega schools,  Pacesetters Academy, Barrister Kenneth Imansuangbon(aka Riceman), has condoled with the family of the Esama of Benin Kingdom, High Chief Gabriel Osawaru Igbinedion on the death of his first wife, Maria Oredola, who is also the mother of the former governor of Edo State, Chief Lucky Nosakhare Igbinedion.

In the condolence message Barrister Imansuangbon stated that Mama Governor, as the 85 year old deceased was called in her life time, “was a rare breed whose footsteps in the sands of time would for long be talked about considering that she played well her role as a mother, mentor and caregiver not only to her children but to many others that came in contact with her.”

According to the Riceman, “from my experience in my relationship with some of her children namely Lucky, Bright and Charles it shows that they are well brought up and derive joy in impacting positively on mankind.

“My prayer is that her children continue to flourish in all of their endeavours while they carry on where she left off even as they bear the weight of the irreparable loss.

“May her soul continue to rest in the bossom of her creator as she is sure of going to be counted among the blessed 144 on the final day, the day of rapture.”