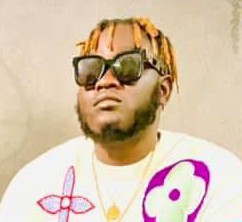 A United States of America (USA)based Nigerian new kid on the showbusiness bloc, Sunday Ochuko Egbo(aka Waavylevi), has expressed dissatisfaction on the way the current Nigerian society is being run lamenting that socialization agents like the family, society and the country have failed the youth of the country.

Speaking to journalists from his base in Atlanta on his budding music career Egbo however urged young Nigerians to remain focused and look inwards to explore God given gifts and entrepreneurial skills.

“A lot of brilliant students have gone to school, graduated with flying colours but they don’t have jobs to do although I am not justifying that when you don’t have a job, do crime, no. They should go into other legitimate things. When I was in school we were taught entrepreneurial skills which I used before I left Nigeria and I am still doing it. I hawked, I was into farming and I was doing well before God brought me to this other side of life. So the youths must remain positive. They should look inwards and see the creativity in them and not fail like the same government they are criticizing.

“The bible says there is a way that seemeth right to a man and the end is destruction. So the youths must be cautious. God has given us gifts. They should explore this and make our community a better place. Use your gift for the benefit of all because the idle mind is the devil’s workshop.”

Speaking on his music career, Egbo said he was influenced by his parents who were good singers and dancers and that he started singing from his secondary and tertiary school days where he formed several groups with like minds to do live shows in churches and social gathering in schools before moving out of Nigeria for greener pastures.

The Auchi Polytechnic trained Science and Laboratory Technologist said “I started my music from the church6 so I have some gospel music too but the singles I have dropped so far and secular music; some of them are highlife, some reggae. I am very versatile in music so I play all genres.

“I am working on an album but I have a couple of singles now and one of them is ‘bia’ which I just dropped some few weeks ago and I have been receiving commendation on that. I am working on my elpee and I will drop a single soon. The song is all about me and where I am from.”

“Music for me has been a thing of joy while from my childhood.”