Edo School of Nursing to be rebuilt, reopened in 2021, Obaseki assures

Edo State Governor, Mr. Godwin Obaseki, has reassured that his administration will rebuild the state’s school of nursing and ensure its reopening before the end of 2021.

Obaseki gave the assurance while on an inspection tour of the abandoned facilities and hostel of the nursing school in Benin City on Wednesday.

The governor was accompanied by the Permanent Secretary, Edo State Ministry of Health, Dr. Osawonyi Irowa and members of International Finance Corporation (IFC), who have expressed readiness to invest in the state’s healthcare sector.

Governor Obaseki said: “We have been working on the whole healthcare reform before inauguration and today we had a big session with some investors, including the International Finance Corporation. We took them on an inspection tour of the abandoned facilities to show and tell them our plans.

“We have actually given out the contract for the rebuilding of the School of Nursing and one of the experts we have here with us is among one of those that will walk us through and help us with the reaccreditation and standardisation of the school. Our plan and focus is to complete the School of Nursing before the end of next year.

“The International Finance Corporation has just helped us with a study of the healthcare system in Edo State and we have reviewed the study and how to source for funding for the different aspects,”  Obaseki added.

The governor noted that the nursing school will not be viable if it is not connected to a healthcare system in the state.

“You are providing nurses for who? Providing morgue services for which hospital? PHCs to refer patients from where? Healthcare is not just hospitals, it’s beyond hospitals; it’s a whole system.”

Obaseki added that the healthcare system is extensive and expensive but his administration is committed to ensuring a workable and viable system for Edo people.

“We believe that by the end of next year, we would have rebuilt the Nursing School, the Stella Obasanjo hospital and its extension, the nursing school hostels, the Edo Specialist Hospital and bring other investors to join us.”

On encroachment, the governor said his administration will reclaim government land that has been encroached on.

Obaseki insisted that nobody could have been issued Certificate of Occupancy (C of O) on government land, adding that “the title is always verified before it is issued and if it is issued wrongly,  all those involved will face the consequences.”

Edo govt pays over N21m to 11 families of deceased workers 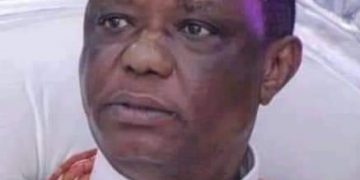 In a follow up bid after a successful one year memorial Thanksgiving Service held in Benin City, Edo State, on...