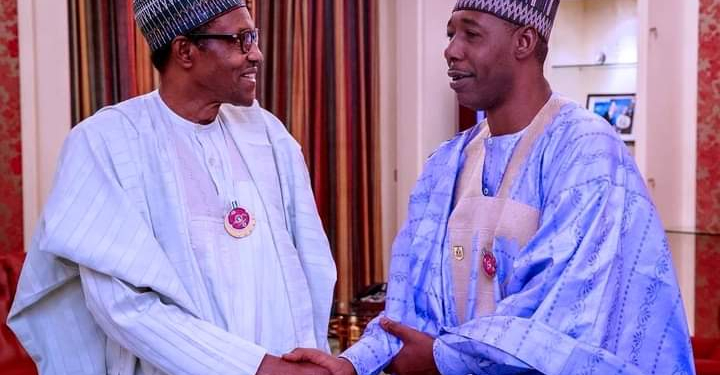 For Pastor Solomon Folorunsho, the General Overseer of the International Christian Centre for Missions, situated in Uhogua, a community in Ovia North East Local Government Area of Edo State, ministering unto the needs of the flock is a duty he has promised to pursue with passion and vigour.

From its little beginning in 1991, the ministry has become so extensive that it has added a philanthropic arm, Home for the needy, which from inception was meant to be a source of succour for the homeless, orphans, widows, indigents etc.

From mid 2013, the Home for the needy accommodated its first batch of victims of the insurgency in the North Eastern region of the country.  At a stage the facility gave succour to more than 5,000 internally displaced persons (IDPs) most of them totally separated from their families whom they have either lost to the brutal attack of Boko Haram insurgents or are in faraway places especially outside the country.

Feeding has been a major challenge that the Uhogua IDPs camp have always battled with. There is also the issue of insufficient daily care materials and drugs.

Another challenge which has reared its head is the issue of the youths achieving their dreams of getting educated.

In a chat Pastor Solomon said: “Right now, we have over 3,000 internally displaced persons(IDPs) here. Most of them are young people who love education.

“We decided to put effort in that aspect of their lives from the time they came. People come here to inspire and encourage them on the benefits of education.

“Most of them are leading their class in their institutions. They score high marks in their JAMB examinations, WASCE, JSSCE, NECO, NABTEB etc.

“On the average we register nothing less 200 of them for any examination and when you calculate that we pay between N9,000 and N12,000 to register each pupil we spend a figure in the region of millions of naira to do this.

“Presently, we have more than 54 of them in  different Nigerian universities studying course like Medicine and Surgery; Law; Engineering etc.

“There are widows who just need help to learn some skills. They need to be empowered to be able to establish themselves in the society.”

Going further, he said: “We want to go into large scale farming. We are asking for people to donate land to us in any part of the country that is safe. They should also give us the things to plant.

“Right now, we are in real critical situation. In the aspect of education the ones that just gained admission into universities need school fees. We are pleading with Nigerians to come to our assistance.

“We have gotten in touch with some people who promised to help us talk to the Governor of Borno State, where most of them are from, Babagana Umara Zulum. Till this moment we have not heard a word about how the meeting went.

“The children love Governor Zulum a lot. They are always excited with the things he does when they watch him on TV. They have promised that they would love to go back home to serve and develop their state.

“There are many children who are out of school. But here are those who have made efforts on their own to get to this stage. They are pleading with the government, the UNICEF and all other agencies that have the wherewithal to help them to do so.

“They don’t want to go back to the streets and team up with those that will become threat even to them in government.”

EdoJobs to exhibit ‘Made in Edo’ products from Feb 11

How street urchins, security personnel and others hijacked Philip Shaibu’s yearly media get together

How street urchins, security personnel and others hijacked Philip Shaibu's yearly media get together