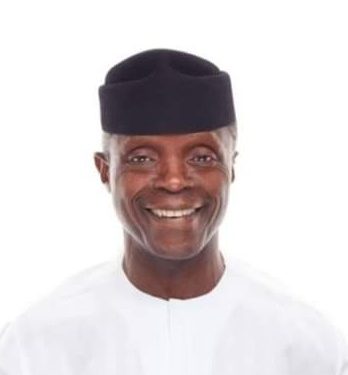 Benin monarch, Omo N’Oba N’Edo, Uku Akpolokpolo, Oba Ewuare 11, has frowned at the situation whereby politicians turn their back on the electorates once they get elected to a position.

He was speaking while welcoming to his palace the Vice President, Professor Yemi Osinbajo, who is on a nationwide consultation on his ambition to succeed President Muhammadu Buhari on the platform of the All Progressives Congress (APC) in 2023.

According to the royal father, he had the plans of travelling to Abuja on a thank you visit to President Muhammadu Buhari but had to shelf the trip because of the information that Professor Osinbajo was on his way to his Palace in Benin.

“Whenever we think of you(Professor Osinbajo) it is always with warm feelings. We don’t need to over flog your potential. It speaks for itself.

“I always respect your eloquence. It reflects your professional background. It is really in your DNA. I mean the way you use words.

“As you come out to signify your intention to contest others are probably shivering. Your calmness, humility, great respect for culture and true fear of God stand you out.”

Going further, Omo N’Oba frowned at politicians whom he accused of leaving the electorates who voted them high and dry once they are in office.

He recalled the needless stress he went through in ensuring that Benin Bronze artifacts stolen by the British during the invasion of the Benin Kingdom in 1897 was returned to their rightful abode.

Omo N’Oba thanked the federal government under the leadership of President Muhammadu Buhari for the support they gave him during the trying period to ensure the return of the artifacts to his palace.

Alenkhe calls for unity in NUJ