Wike was right about Obaseki, says Benin based activist 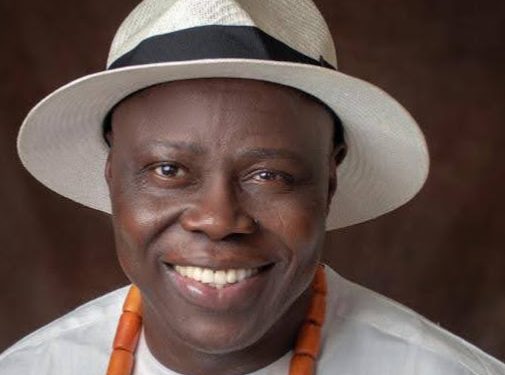 Benin based Civil Rights Activist and President of the One Love Foundation, Chief Patrick Osagie Eholor, has asserted that all the disclosures made by Rivers State Governor Nyesom Wike against his Edo State counterpart, Godwin Obaseki, were not far from the truth.

“I think that both of them(Governor Wike and Governor Obaseki) are power drunk. I don’t agree with most of Governor Wike’s actions and utterances. But in this particular case I find no fault with him.

“If it was possible for him to have a third tenure he would do more. The resources that we have in our states belong to our states. The federal government has been cheating us. Most of the governors do not know what they’re doing because they were selected not elected.

“It is our prayer that Obaseki should have somebody who is bigger and stronger than us to put him in his place. Ingratitude to mankind and God is a sin. Obaseki is an ungrateful person.

“There was storm in your house and somebody assisted you so that the storm does not consume you, brought out an umbrella to cover you. Now that you have been rescued you are saying the person that rescued you is nobody.

“You are saying that the APC that denied you governorship ticket is bad and that the PDP that gave you the ticket is not good. My father told me that if all of us are sick and if you’re the only one that have cure for the sickness you’re the cause of our sickness.

“I am happy that Wike said Obaseki has the DNA of betrayal which means that he cannot be trusted. Which of these things that Wike said about Obaseki that’s not true? I will not blame Wike he was offended. He even asked Obaseki’s deputy Shaibu who is his father. That means a lot.”

On the imbroglio between Ambassador Bianca Ojukwu and Ebelechukwu Obiano, wife of the immediate past governor of Anambra State, Willie Obiano, Chief Eholor said: “Obiano’s wife is being punished by the gods of Anambra State. Bianca is an ambassador of Igboland, a role model and a general’s wife.

“Ojukwu sacrificed everything for the Igbo people. It is wrong for that drunk woman(Obiano’s wife) to leave her seat and try to intimidate Bianca. If Bianca had not slapped that woman I would have cried.

“It will surprise you to know that Willie Obiano was one of the worst governors who stole more than N41 billion and was leaving the country the next day that he handed over to his successor. What is driving you from a country that you served for eight years? We must all learn from this, that we can be on top today and tomorrow we can be in the bottom.”