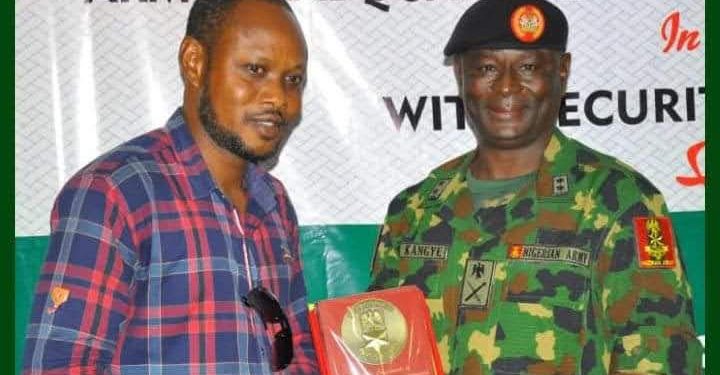 Comrade Massy Osaigbovo Osunde, the Senior Special Assistant(SSA) to the Edo State Governor on Social Media, has dedicated his certificate and award of attendance to the 22nd edition of the Social Media Influencers Seminar recently organised in Benin City by Army Headquarters Department of Civil -Military Affairs in conjunction with Security Affairs Limited to his Principal, Governor Godwin Obaseki; Osarodion Ogie, Secretary to the State Government (SSG); Rt. Hon. Philip Shaibu, the Deputy Governor; Crusoe Osagie, Special Adviser on Media Project to the Governor; Comrade Festus Alenkhe, the Edo NUJ Chairman and his family “who gave me the platform to fly higher.”

His message of appreciation went thus, “I dedicate this prestigious award to my wake and see Governor, SSG, Deputy Governor, Chief of Staff, SA on Media Project to the Governor, NUJ Chairman and my family who gave me the platform to fly higher.

“My special thanks goes to Almighty God for keeping me safe, sound and healthy while doing the duty that is assigned to me by the Edo State Government.

“I am also thanking my colleagues in the media profession for all their show of love and support in ensuring that I am not lagging behind. I am humbled.”

Asked if he saw the award coming, Comrade Osunde stated: “I never saw it coming. I was just carrying out my duties as spelt out to me. So, the award, which is an icing on the cake came to me as a big surprise.”

He gave kudos to the organisers of the programme, saying that the honour that they did to him will spur him to always do much better.