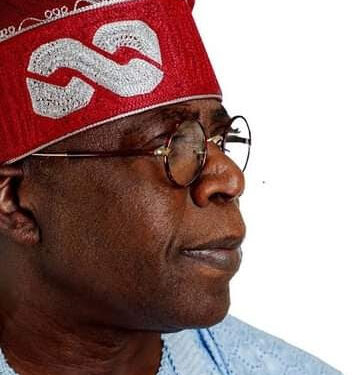 On the eve of Thursday, January 5, 2023, slated for the All Progressives Congress (APC) Presidential rally in Benin City, the Edo State capital, information started flying all around that the momentous event was no longer taking place on the day as it had been shifted to some other unannounced date.

Infact, the information was further accentuated by the ‘authoritative’ stamp of a top official of the party in the state. It took further enquiries to get the real situation of the rally from some key national officials of the party.

Like many others yours truly was very interested in witnessing the rally in the light of stories being peddled by opposition elements that the party in the state was on death row and cannot muster a sizeable number of supporters for the rally.

For a programme slated to commence at 9.00am, the Uniben Ugbowo Campus Sports Complex, venue of the rally had an appreciable amount of people mostly from the metropolitan council areas of the state viz Oredo, Egor and Ikpoba Okha, well seated and eagerly awaiting the commencement of activities by 8.25 am when yours truly got there.

In no time the venue was filled to at least 70 percent of its capacity as party faithfuls mobilized by party chieftains and standard bearers for the forthcoming polls started trooping in.

By mid afternoon the VIP stand of the venue was filled to capacity while the overflow had a sizeable number of people. The MCees led by two Edo bred comperes Maleke and Piccolo kept the crowd engaged with their presentation.

The moment the guests including the former Governor of the state, Comrade Adams Aliyu Oshiomhole arrived the atmosphere became electrified as many left the comfort of the canopies where they were seated to move to the centre of the pitch in their desire to catch a glimpse of the acclaimed labour leader turned politician. And trust him to cash in on his good standing with Edolites to perpetrate his usual antics of genuflecting just as the crowd chanted his monikers ‘Osho Baba’, ‘Osho Quake’, ‘Osho Ginger’ to boost him.

The campaign was set in motion by the opening prayer rendered by Pastor Osagie Ize-Iyamu, the party’s flagbearer in the 2020 polls. One after the other the party’s chieftains namely Col. David Imuse, the Chairman of the party in the state; Comrade Adams Oshiomhole, the former Governor of the state and Deputy Director General of the party’s Presidential Campaign Council(PCC); Governor of Kano State, Alhaji Abdullahi Ganduje and Senator Godswill Akpabio, former Minister of Niger Delta Affairs reeled out the reasons that they assess the party and its Presidential flagbearer, Senator Bola Ahmed Tinubu, as the best among the lot and as such should be voted for massively.

By the time the big masquerade himself, Bola Ahmed Tinubu came up to tell his story and convince the gathering that he has the capacity to turn the fortunes of the country around for the better if he becomes President the day was far spent and many who had endured almost nine hours of been in the venue had started leaving.

As people were moving out of the arena many of them congregated at some specific locations close to the Sports Complex and money, tagged transport fare, was seen been given to them as they lined up around the party chieftain or flagbearer that facilitated their presence at the event.

As all these was happening and reporters were keeping tabs of the proceedings to relate it for posterity the party movers and shakers in their judgement decided to recognise and appreciate only three out of the about three scores reporters that did the coverage.

Much later gistville was awash with stories that what the national team of the PCC made available for appreciation of the reporters would have been enough to accommodate at least five scores of reporters.

Enquiries made to get to the bottom of the revelation met with no tangible response from the state officials. A call made by yours truly the next afternoon(Friday) to Chief Lucky Imasuen, a former Deputy Governor of the state and now Director General (DG) of the PCC in the state met with, “I am in a meeting right now though Barrister Uwadiae(the Publicity Secretary of the party in Edo State) is the one handling that aspect. I will call you back in the evening, immediately after the meeting that I am engaged in now. Thanks.”

No calls came from Chief Imasuen thereafter. Calls I made subsequently that night and even the following day to him were not picked.