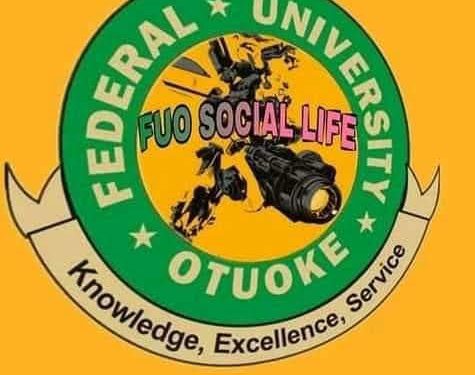 The National Industrial Court of Nigeria (NICN), sitting in Yenagoa, the Bayelsa State capital, has ordered the Federal University, Otuoke, to pay the sum of N3,664,119.00 as total sum of money owe Dr. Etumudon Asien, for his excess load allowance from 2013 to 2017. The court also asked the university to pay him 30percent interest per annum on the sum owed from October, 2019 until the debt is liquidated and N500,000 as demages.

The Presiding Judge of the Court, Justice B.A. Alkali, said from every available evidence, both documentary and oral, he is satisfied that the claimant is entitled to earn his excess work load allowance from 2003 to 2017 academic sessions.

The claimant, Dr. Etumudon Asien, a lecturer at the Federal University, Otuoke, has in suit No NICN/YEN/54/2019, filed a Complaint pursuant to Order 3 Rule 2 of the National Industrial Court of Nigeria (Civil Procedures) Rules 2017 on the 13th November, 2019. Among other things the Claimant claims against the Defendant, “that the sum of N3,662,119.00 (Three million, six hundred and sixty-two thousand, one hundred and nineteen naira) only being my Earned Income Allowance for Excess Workload for the 2013/2014, 2014/2015,2015/2016 and 2016/2017 Academic Sessions respectively recently approved and paid by the Federal Government which sum the Defendant has refused to pay to me.”

Delivering judgment, Justice Alkali’ said it was worrisome and despicable that the defendant (FUO) used the lecturer for job and refused to pay him, adding that he was employed by the Federal Government through the university and not by ASUU.

He said, “More so, the Defendant, being an academic institution cannot function without staff who will put its functions into effect. The Claimant is an employee of the Defendant, not ASUU. A clinical perusal of Exhibit DW001, particularly a letter signed by the Director of Tertiary Education, reveals that the Federal Government released the sum of N25billion Earned Allowances for the Federal Universities from 2009 – 2016.

“It is never in dispute that the Claimant is an academic staff of the Defendant. DW1 stated under cross-examination that each university submitted its claims to the Federal Government before the Earned Excess Allowances were paid and that the claims were based on the numbers of those who submitted their Earned Excess Allowances Forms. The Claimant, not being a member of ASUU submitted his forms to Godfrey Okon who was designated by bursar to collect the forms from non-members of ASUU. Flowing from the foregoing, I am of the firm stance that not being a member of ASUU cannot be a premise to render the Claimant unqualified to claim his Earned Excess Workload Allowances for 2013/2014, 2014/2015, 2015/2016 and 2016/2017 academic sessions.

“It is worrisome and indeed despicable that the Defendant, having used the Claimant to work, thereafter collected his entitlement from the Federal Government but turned around to deny the Claimant his hard earned entitlement. That is height of wickedness and clannishness. On the whole, it is my finding that the Claimant has proved his case to entitle him to the reliefs sought, the claim succeeds and I grant the Claimant’s reliefs as follows:

“Secondly, I award the sum of N500, 000. 00 (Five hundred thousand naira only) being general damages for unlawfully withholding the Claimant’s earned Allowance.

“Thirdly, I award 30percent interest per annum on the sum owed from October, 2019 until the debt is liquidated. Without prejudice to the Defendant’s right of appeal against the Judgement of this Court, I order that all the terms of this Judgement be complied with within 30 days. Judgment is hereby entered accordingly.”

In his reaction to the judgment, Counsel to the Claimant, Barrister Charles Onyebukwa, expressed delight at the epic judgement, saying he was not surprised at the outcome having perused the documentary evidence.

He said, “It is a very good one, right from time every one should know what the judgement was going to look like because you can’t use someone to work and refuse to pay him his allowance. The university is notorious for some of these cases. I have won over six cases against them that bothers on some anomalies and there are more cases against them. This is reckless.”