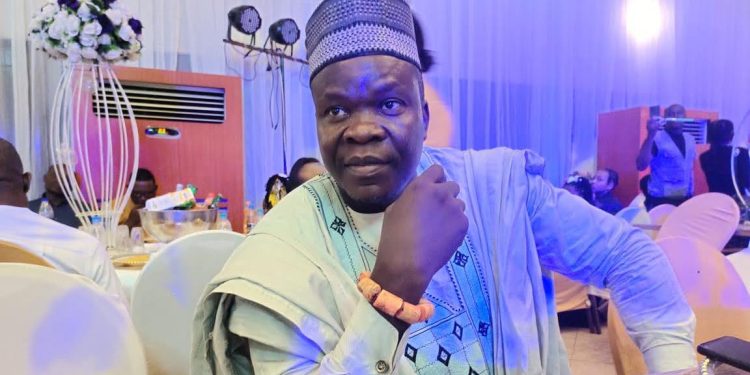 A group, United Patriots Assembly of Nigeria (UPAN), has blamed what it tagged ‘the peripheral and quasi-elementary nature of Nigeria presidential election debates’ as part of the anti-intellectual manner in which our electoral process has been skewed.

Going forward, its National Facilitator, Ambassador Aiyamenkhue Edokpolo, said:
“It called for thought provoking questions and the extraction of undertakings from presidential candidates backing their pledge to fixing or resolving the plethora of socio-economic and political woes bedeviling our country.

“We wish to congratulate Asiwaju Bola Ahmed Tinubu for his resounding victory at the recently conducted presidential primaries of the All Progressives Congress as well as Comrade Adams Oshiomhole on his overwhelming senatorial mandate by the Edo North Senatorial District, APC. It is pertinent to note that while President Buhari has set unique legacies of absolute neutrality in gubernatorial election process by the Presidency; as well as being the first President to ensure the passage of the Petroleum Industry Bill into the Petroleum Industry Act – thus besetting oil and gas exploration and production process from any form of illegal ambiguities, the incoming Presidency must undertake to reform Nigeria’s solid mineral sector with same vigor of constructional and governmental framework in the extractive and production subdivisions across the states of Nigeria.”

UPAN is of the view that “Asiwaju Bola Ahmed Tinubu has nothing to prove about his unrivaled democratic credentials in leadership audacity, policies and institutions-building dexterity, as well as democratic culture and tenacity – by any undistorted assessment evolution of his partisan political experiments over the last three decades.

“Is it the struggle to checkmate the perpetuity of military rule, in which he jointly pioneered the NADECO movement? Or his unparalleled nurturing of the Alliance for Democracy (AD) from Lagos State in 1999 and gradually metamorphosed into the party square of South West States; as well as his visionary pathfinding of the alliance between his chiefly led Action Congress (AC), and the Gen. Muhammadu Buhari led Congress for Progressive Change (CPC) at the eve of 2015 Presidential election, which birthed the All Progressives Congress APC? He is mostly loved by Nigeria youths for his knack for sustainable institutions building.

“While urging mainstream media with track record for organizing Presidential debates to up the standard of leading questions for Presidential candidates responses, we are offering to singly or jointly organize thought provoking and undertakings extraction Presidential debate before the February election.

“Obviously, Nigeria youths are more than ever anxiously interrogating the political process, this rare zeal of our youths should be complimented by our nation’s elites for a better Nigeria. The youths have audaciously signaled their displeasures to an unsustainable political culture, and this unquenchable flair for radical change must be matched with resounding political manifestos by the presidential candidates, the political parties, as well as a very credible Presidential election debates group.

“The much desired pan-Nigeria President will only emerge through a patriotically wired intellection of our election debate process. Our patriotic pledge in this regard is respectfully re-interated.”