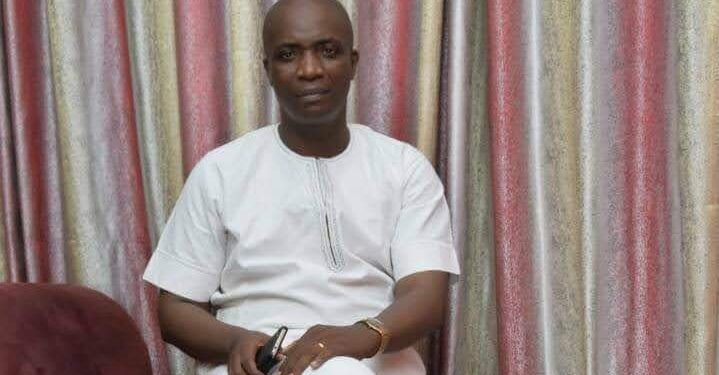 Dr. Folus Ejele, National Coordinator of Nigerian Professionals for Atiku/Okowa 2023, has described Alhaji Atiku Abubakar of the Peoples Democratic Party(PDP) as the fit and proper person who has integrity to succeed President Muhammadu Buhari in 2023, saying that the group will garner 5 million votes for the PDP standard bearer.
He said it is in order to actualise this  that the group was formed and has the mandate to get over 5million votes for the former Vice-President and his running mate, Dr. Ifeanyi Okowa in the 2023 presidential polls.
According to him, “the group was born out of the fact that for a long time the elites in Nigeria have been very docile when it comes to political matters and there is this saying in my village that where the elites and the educated ones refuse to talk the illiterates become the philosopher.
“That was what the political scene in Nigeria was turning into which allows thugs and touts to determine who becomes our next group of leadership. So we saw that the vast majority of people, professionals like professors, doctors, lawyers etc don’t vote on election day. They stay in the comfort of their homes and begin to analyse.
“I was commissioned as a consultant medical doctor to talk to professionals and our plan is to get 5million votes for Atiku come 2023 election. We are presently in 31 states of Nigeria; present in over 600 wards in Nigeria; in 20 countries in Europe, America and Canada and we are increasing in number by the day.”
Going further, he stated: “We discovered that it is better to vote for 12 than to vote for 6. Look at the classification of all the major contenders, Atiku, Obi and Tinubu. Obi was brought to the limelight by Atiku. Obi till tomorrow believes in Atiku so I will rather be obediently Atikulated. Obi still call Atiku his boss. So, if I  have the opportunity to go for the best why should I go for the better.
“Atiku is a proven man with successful business. A man that is healthy. History has proven that age too has nothing to do with performance because the youth are even more corrupt. Some of the youth are ritual killers. In retrospect, all the youths given opportunity have failed. Some of these youth have been fantastically corrupt. So the issue is not about age but about personality and character and integrity and that is what we see in Atiku Abubakar.
“People talk about Atiku being corrupt but people forget that Atiku doesn’t have any single corruption case in court today. As the Vice President he was taken to court eleven times up to the Supreme Court and he won all.
“Atiku should be praised because he used his money to stop the third term agenda of Obasanjo and that’s why Obasanjo is against him. Atiku is presidential in character and approach and can manage this country.”
On division in PDP as a fallout of the presidential primaries, Ejele said: “There is no problem when two friends fight. There will be a problem if they refuse to settle their differences. Crisis is very common to humanity. I can tell you that a lot of things are working out to resolve all issues and that is what we are doing.
“People are decamping to the PDP. Magnus Abe (a chieftain of the APC in Rivers State) just left the APC to PDP.  I was surprised when I saw that Nigeria National Petroleum Commission(NNPC) was being privatized. This was what Atiku said he would do. He saw tomorrow and provided a solution.”