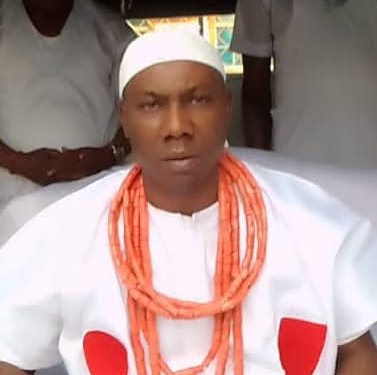 HRH Henry Binidodogha, OJUAGHA 1, popularly called Egbema 1, a former militant leader and now President of Ex-Agitators Forum in the Niger Delta, has blamed the nonchalant attitude of the management of the Niger Delta Development Commission(NDDC) for the crisis that is currently cropping up in the Niger Delta region.

“For us leaders, most of the time we try to call meetings on this issue but we discovered that those on top, mostly the supervising minister are not always forthcoming. For instance, when Godswill Akpabio was minister, we went to meet him several times on why the board has not been inaugurated so that the region will move forward because contracts have been awarded that have been abandoned. The minister told us that the interim management will be able to do the right thing for the people and most of the time we tried to see the MD, he refused to meet with us.

“Some of the contractors have finished their job, they borrowed money from banks for the work and after the work has been done, they are not paid. Yet every month, there is a budget for that office. Before two weeks, they will tell you the budget for the month has been exhausted.

“We, the leaders in the region, are in a tight corner, they don’t listen to us and that is not the reason why the Commission was created, we fought for the creation to help our people and to develop the Niger Delta,” Binidodogha stated.

Going forward, he said: “The last time we saw the minister before he resigned, we waited all day till 9 pm before he came to the office and then waited till 3.00 am before we saw him. We went to see him over the water hyacinth clearings in the waterways which are given to the leaders as part of the amnesty arrangement because it is these people in the areas that would clear the waterways and get paid for the work they have done and these reduced restiveness and criminal activities.

“But Godswill Akpabio hijacked these contracts, we don’t know where they are awarded and to whom, the next thing we hear is that there is no money and these have affected the peace in the region and encouraged crime and criminality. We the leaders now find it difficult to talk to the boys because if you don’t have money, how can you check the activities of your followers? How can you stop them from going into crime?

“Because all these things have been hijacked from us, we are losing grip and some of these boys are going back to the creeks and involved in kidnapping and other crimes including pipeline vandalism and oil theft.”