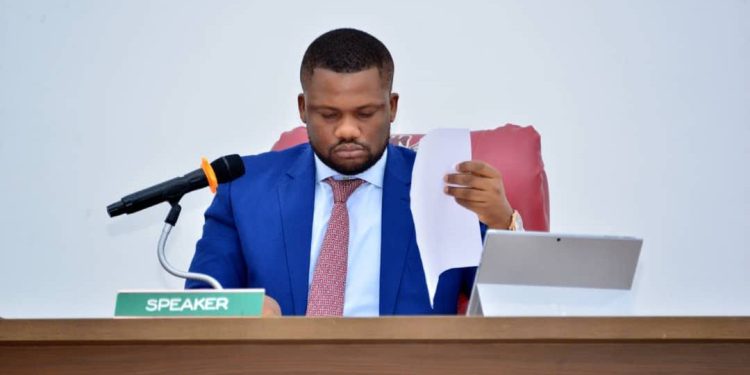 The Speaker Rt. Hon. Marcus Onobun while condemning the gruesome murder of the Administrator of Saint Michael Catholic Church, Ikabigbo and Principal of Saint Philip Catholic Secondary School, Jattu, said the abduction and murder of the clergyman serves as a call for security agencies to be alive to their responsibilities.

The House during plenary received a letter from the State Governor, Mr Godwin Obaseki, notifying the House of his annual leave from 23rd June to 17th July, 2022, thereby transmitting power to his Deputy, Comrade Philip Shaibu, as acting Governor in compliance with section 190 of the 1999 Constitution as amended.

The proposed business calendar for the first quarter, fourth session of the seventh Assembly which proposed forty eight sitting days was adopted during plenary. Giving a breakdown of the new calendar, the Majority Leader, Hon. Henry Okhuarobo, said members are expected to sit for four days in June, twenty one days in July and twenty-three days in August totalling 48 days.

A bill for a law for constitutional amendment of the fifth alteration bill 2022 earlier passed by the NASS has passed proposed sixty six bill with forty four approved and sent to State Assemblies. The Speaker urged members to make consultations with constituents in order to take position on the proposed forty four bills.

Also at plenary, the House standing Committee on Community and Chieftaincy Affairs presented its report on a petition requesting the creation of the Ase Ruling House in Okpella Clan.
The report which contained eleven findings and two recommendations was presented by the Chairman of the standing Committee, Hon. Nosayaba Okunbor, and was slated for consideration on a later date.