Edo State is far ahead of other states in sports, says deaf athletes coach 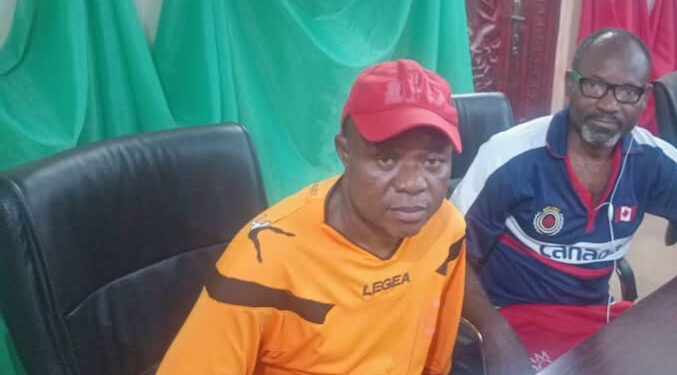 Deaf athletes in Edo State have given thumbs up to the Nigeria Union of Journalists (NUJ), Edo State Council under the leadership of its Chairman, Comrade Festus Alenkhe for the huge support they were given ahead of the National Sports Festival held recently in Asaba, Delta State.

The deaf athletes were initially not listed to participate in the sporting event and they had to take their protest to the Secretariat of the Edo NUJ in Benin City where they were given audience and their request to be allowed participation in the festival was well circulated and publicised.

Taking up the story, Dr. Sunny Aimufua, Head Coach of Edo Deaf Athletes Association, said, “we are here to thank journalists in Edo State for their very kind reception when we brought our protest. Also worthy of note is that the news regarding our protest of being exempted from the national sports festival was well circulated and publicised such that the internet was filled with the news item.

“Our plight was addressed after about two weeks and we were allowed participation at the festival. Needless to say that we emerged the best of the Edo State contingent to the festival with a 100 percent performance.

“Today, we deem it fit and proper to thank the journalists in Edo State for their prompt support and words of encouragement which made it possible for us to achieve our feat.”

Going further, he enthused: “From my investigation among participating athletes and coaches at the last national sports festival I discovered that Edo State is far ahead of other states in terms of facilities and structure.

“The gap between Edo and other states is too wide to make comparison. Edo State operates Olympic Games standard.”

Adding his voice, Augustine Oriakhi, Coach of the Edo State Deaf Table Tennis athletes, stressed: “We believe that in the future deaf athletes will do much better. By going ahead to achieve positive results the deaf athletes have disproved the insinuation that they are inclined to violence, chaos.”

He appealed for sponsors so that the deaf athletes can have tournaments just like other athletes to prepare them, keep them in shape for the big events.