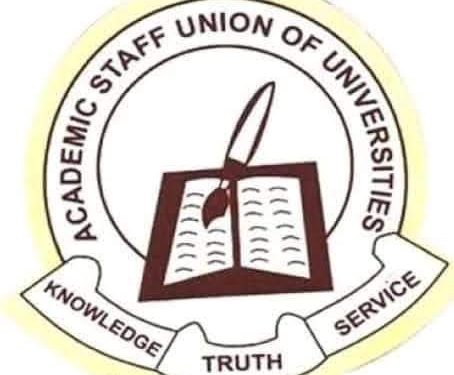 Workers of the University are to celebrate Christmas in hunger, pains and tears due to non-payment of salaries to many of them by the University Management.

Investigations have revealed that majority of the workers have not been paid salaries for a period of eleven (11) months starting from January 2022-November 2022. What members of staff in the University have experienced in these past months is selective payment of salaries.

According to many staff, staff of the University have not been tried or found guilty of any misconduct or offence to warrant the current ill-treatment being meted out to them by the University Management.

“It is just display of glaring impunity by the University Management,” they alleged.

“From the initial non-payment or denial of salaries of staff, the problem has metamorphosed to include selective payment of salaries for no just reasons,” the branch of ASUU in the University stated.

The Union for academic staff also disclosed that there is confusion over payment of salaries in relation to misinformation of the general public and Edo State Government by the University Management over the matter.

“How can they (University Management) tell the public or government that they are not owing workers salaries when many staff are not being paid,” the Union alleged.

It is also alleged that the duties/responsibilities of the University’s Bursary Division on payment of salaries of staff have be usurped by the Special Intervention Team (SIT) that dictates who should be paid or not and that this is responsible for the denial of payment of salaries to majority of the staff.

According to ASUU, it is laughable and deceptive for the state government to claim that it has paid the salaries of workers (including pensioners) in the state up to December 2022 when workers in AAU, Ekpoma are being owed several months of salaries by the University Administration/Edo State Government.

Stakeholders are worried that the University is not running smoothly due to many visible aberrations in terms of the administration of the University. They have also pointed out the fact that the persistence of the salary crisis is due to the University Management’s/SIT’s non-compliance with Edo State Government’s earlier directive issued on 8th June, 2022 that all staff should be paid all outstanding salaries. If the salary crisis is not resolved before the end of December 2022, workers’ frustration, anger and possible resistance may complicate the already bad situation in the University.

Edo State is far ahead of other states in sports, says deaf athletes coach