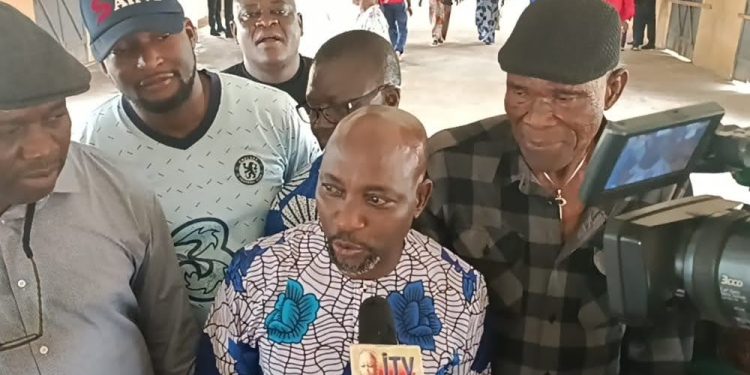 The Edo State chapter of the Peoples Democratic Party (PDP), has conducted a bye-election to select new candidates to fly the party’s flag in the forthcoming Egor/Ikpoba Okha Federal House of Representatives and State Assembly elections respectively.

The election was to fill the vacancy created by the death of the lawmaker representing Egor/Ikpoba Okha Federal Constituency in the House of Representatives, Hon. Jude Ise-Idehen, who had earlier won the party’s ticket.

A former member representing Ikpoba Okha Constituency at the Edo State House of Assembly, Mr. Henry Okhuarobo, who had resigned the position to contest, polled 54 votes to win the reps bye-election held in Benin City. He defeated Mr. Osagie Osifo and two others including Mr. Nosa Adams and Sino Osawaru.

Reacting to his victory, Henry Okhuarobo, thanked the PDP family for the opportunity to serve, praying for the eternal repose of the soul of late Jude Ise-Idehen. He said, “We must appreciate Almighty God who made this possible and at the same time, pray that the soul of the gentleman who initially won the party ticket rests in peace.

“I thank God for the opportunity that I have been offered by my constituents in Egor and Ikpoba-Okha Local Government Area to represent them at the National Assembly, especially the PDP family.

“I am indeed grateful for the opportunity and I will put the interest of Edo people first at all times. I will do my absolute best to ensure that the fortunes of Edo are improved,” Okhuarobo pledged.

Similarly, Mr. Nicholas Asonsere, won the PDP ticket for the state House of Assembly with 28 votes to defeat Richard Egharevba and Esosa Ogbeifun.

In his remarks, the PDP Primary Electoral Committee Chairman, Mr. Kolawole Shittu, hailed the party for the success of the bye-election, noting that it was free, fair and credible.