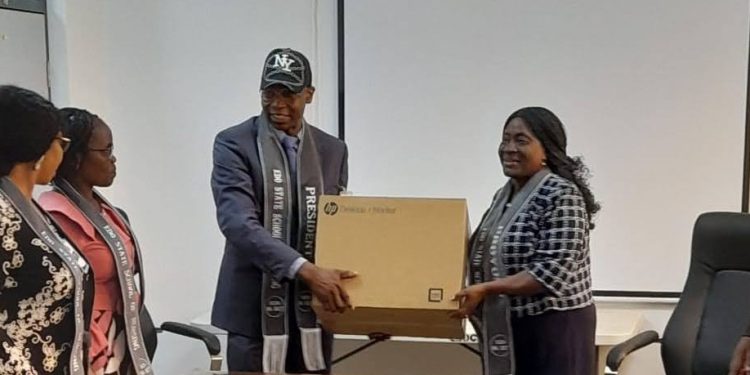 She made the disclosure when Class 96 leaders of the College led by Mr Godwin Uhumwuangho paid her a courtesy call in her office.

She stressed that the Edo State Government has invested millions of naira towards the reaccreditation of the College. She added that the College is among the best Nursing institutions in the country.

According to her, the College was rebuilt to international standard with regular power supply, adding that the College is very thorough in its admission process.

The team also visited the Secretary to Edo State Government(SSG), Osarodion Ogie Esq and the former Speaker of the Edo State House of Assembly, Hon. Mrs Elizabeth Ativie, where they sought for more support to move the State College of Nursing Sciences forward.

On another visit to the Secretariat of the Edo State Council of the Nigeria Union of Journalists (NUJ), the team honoured Comrade Festus Alenkhe, Chairman of Council, with a merit award for his chain of achievements. The award was presented by Mr Godwin Uhumwuangho.