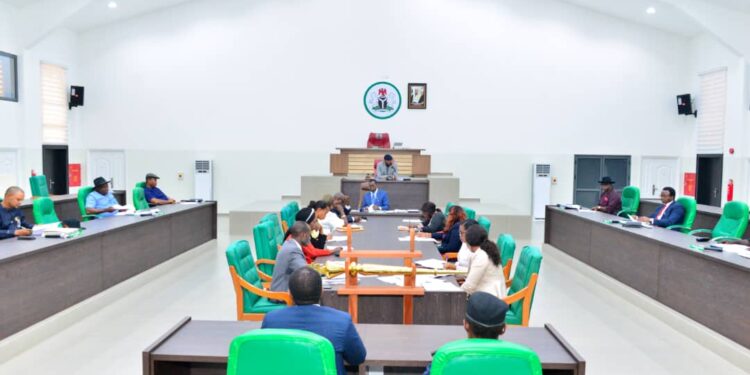 This was as the House passed the 2023 appropriation Bill and budget estimates christened “Budget of Resilience and Transformation” presented to the House by Governor Godwin Obaseki for consideration on 16th November, 2022 to run from 1st January to 1st December 2023.

The presentation of the report of the House Standing Committee on budget and appropriation signals the last budget for the 7th Edo Assembly and the last assignment of the Committee for the session.

Chairman of the Standing Committee and member representing Igueben constituency, Hon. Ephraim Aluebhosele, said following the presentation of the budget estimates by Governor Obaseki for scrutiny the House Committee came out with a robust report with an additional one billion naira(N1 billion) added for the Ministry of Roads and Bridges.

The House at the Committee of a whole considered the report of the Standing Committee which contained a one point recommendation and approved the estimates of the year 2023 budget pegged at three hundred and twenty one point four billion naira(N321.4b) as total expenditure.

The Bill, which has a grand total capital expenditure of one hundred and eighty five(/ point seven billion naira (N185.7b) and a recurrent of one hundred and and thirty five point eight billion naira(N135.8b), was subsequently accorded a third reading with the Speaker directing the Clerk to forward relevant clean copies of the resolution and approval to relevant authorities for assent.

Summing up proceedings, the Speaker, Rt. Hon. Marcus Onobun, thanked members for their resilience and dedication to duty and to ensuring the house plays its role in the provision of the needed dividends of democracy to the people in conjunction with the state Governor, Mr. Godwin Obaseki.

The Speaker appreciated colleagues for their inputs in making the fourth session of the second quarter a success.