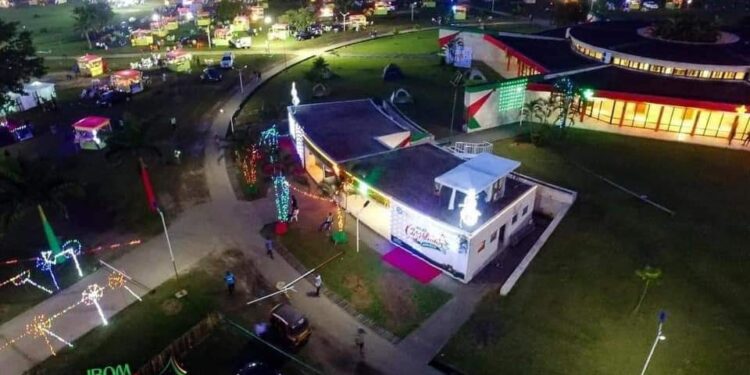 Orman Esin, the Akwa Ibom State Commissioner for Tourism, has stated that the state Christmas Village was a testament to the fact that the state was ready for the business of tourism.

He disclosed that since it was reopened on December 1, 2020, the Akwa Ibom Christmas Village has created a value worth over N1 billion, according to the State Government.

He stated this when a team of tour operators, stakeholders and journalists from Lagos, Abuja and Port Harcourt visited the state.

Esin said that the rich tourism potential of the state was now ready for exploitation, stressing that the state had audited its tourism assets and would be launching out with programmes in the New Year to showcase them to the world.

The visit was organised by Travellab, an Uyo based travel company and the team members were hosted by the State Tourism Ministry. Team members were taken on a tour of some locations in Akwa Ibom guided by Prof. Edem Eniang, a Biodiversity expert.

They visited the Itam Sacred Monkey Sanctuary and from there went to Itu Confluence Town where Cross River and River Eniong meets. They visited the Mary Slessor Heritage Sites. After a tour of Ikot Abasi historical sites before lunch at Ibom Resort.

According to the Commissioner, the Akwa Ibom Christmas Village was the biggest Christmas event of its kind in Africa with the size of its location and potential for growth.

“Over 600 vendors attract thousands of visitors every evening. This will become a must visit place in Nigeria every December,” he said.

President Buhari assent to the 2021 budget