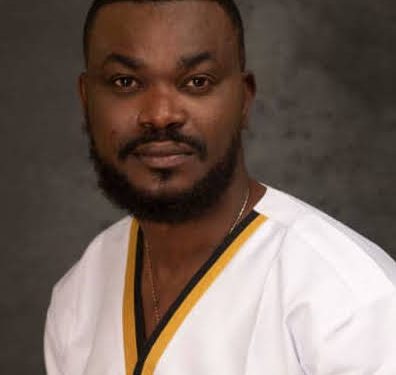 With a combined population of over 400,000 people, multiplicity of tribes and a hardworking people who are predominantly farmers, Owan Federal Constituency of Edo State cannot be said to have had its own fair share of development (socially, economically and infrastructure wise).

It remains however sad that with the accomplishments of these great personalities in their various fields of endeavours, development in the area have been nothing but questionable.

Perhaps, with the exception of few elected officials, not only have the elected representatives of the area faltered in their responsibilities, they have remained largely irresponsible to the yearnings and aspirations of the people.

While insecurity have pervaded the land, our youths have become restive as a result of galloping unemployment while our hard working farmers, business men and women have no form of support to boost their businesses.

A larger part of the constituency, Afuze down to Otuo axis, have been without electricity for years, our educational system have virtually collapsed with dilapidated buildings and poor teaching/learning facilities.

While we have continued to lament about these seeming challenges, we have also had several opportunities to change this narrative but also failed in our responsibility by recycling the same people that had plugged us into this mess.

Again, we have been presented another opportunity to right the wrong as the 2023 general elections approaches. This time around, we need to be a lot wiser as the same people that had made bogus promises to us before have started singing the same “noise” into our ears.

For me, I say “Owan federal constituency must change” and to achieve that, we need a fresh breathe of air to be entrusted with responsibilities of being our representative.

Christopher Ojo, without any doubt, fits into this new leadership of Owan Federal Constituency that can take us from the present doldrums that we have found ourselves.

Backed with the requisite experience and qualifications, Ojo has been instrumental to some positive development in both the council areas without holding any political position.

While been benefactor to many indigent students, he has personally been responsible for the sponsorship of the annual 10km Owan Marathon where talents have been discovered and groomed for stardom and is presently single handedly funding a mechanic village that is termed to be first in this part of the country.

Ojo who has made his intention to seek for the House of Representatives seat of Owan Federal Constituency, has said, “My mission is not based on selfish interest rather it is based on a product of “collective decision” of the good people of Owan West/Owan East Local Government Areas.

“My coming on board is to change the narratives for the good people of Owan. Our people have witnessed so much maladministration, misrepresentation among others. I want to make a great difference if given the opportunity to represent you.”

While we appeal for his nomination and support during the election, I want to urge our people not to allow another opportunity presented to Change Owan Federal Constituency for the better slip by this time around.

US based politician joins race for Edo Assembly seat