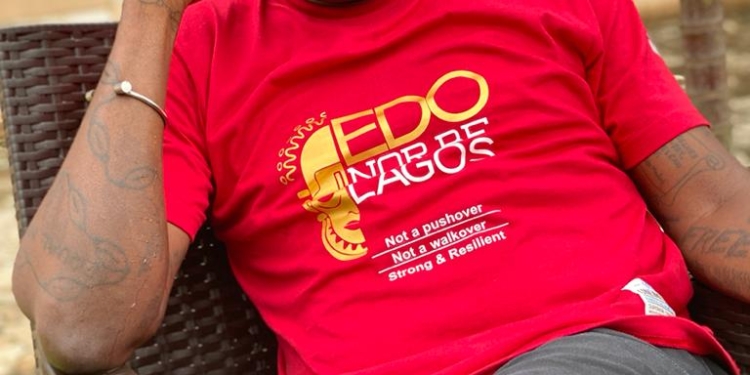 Chief Patrick Osagie Eholor, President of the One Love Foundation and social crusader, has in an exclusive chat absolved the Vice Chancellor of the University of Benin, Professor Lilian Imuetinya Salami, of any wrongdoing as it concerns her alleged breaking of Benin Palace protocol recently.

On Professor Lilian Imuetinya Salami’s infraction at the Benin Palace

As a matter of fact it is better to be a friend to the palace than to be an enemy of the palace. For those who are not prepared to be friendly with the palace they have no business there. Professor Lilian Salami is a very reputable woman and her father was a very prominent Benin chief. She is very well read, a professor and a Vice Chancellor of a university which she manages.

The reason that I am reacting to this is because we cannot continue to ridicule one of our own. This is Christmas period. Let us some little kindness. Some people are very myopic. The only way they can get some brightness is to ridicule others. I will not allow that to happen. As a matter of fact, I have not sat with her one-on-one. But I congratulated her when she was made the Vice Chancellor of the University of Benin.

From my own understanding she has not done anything wrong. Let me wish our revered Oba a merry Christmas and also congratulate him for the success of the Igue Festival. I wish him more blessings and happy new year in advance. Our Oba who is very well read, has travelled round the globe and has been an ambassador before he became a king has a better understanding of culture. I advise the chiefs who are trying to divide us to please sheathe their swords. This is a time of happiness and merriment. I challenge the chiefs who want to build on what does not exist. Our culture is like an encyclopedia. It is like a Bible, from Genesis to Revelation. And I dare you that even the pope who is a spiritual leader cannot define Genesis to Revelation. There is no man who can define all the culture of the people.

I advice them that when we make mistakes we should not be openly admonished, adviced so that we can do better. When we criticise people we hurt their feelings. We are exposing them to more mistakes. Are you telling me that a Vice Chancellor, a professor, somebody who heads such a high office doesn’t know the meaning of protocol? Of course, she does know what protocol means. I have also spoken with some people who were present at the palace on the said day who said that she followed the rules and regulations of our culture to the very best of her knowledge. I am saying that those who want to divide us should stop it.

I am a prominent Benin chief. I am the Enobore of Utoka. I have children abroad who don’t know the whole of our culture as it is because they were not born here(in Nigeria). I have children in Nigeria who do not greet me with my dialect because of modernisation and churches springing up that have destroyed our culture that I try to correct every day. If the chiefs want to point at those who do not understand our culture they should be talking to the pastors who have been subverting the will of the people not Professor Salami. Enough is enough. The Oba, N’Ogidigan has come as a modern monarch to make a lot of changes that will favour his people. So, people should be careful how they malign other people’s name.

Professor Salami’s father was a responsible chief and she is also responsible. She can write in Benin, read Benin and she can even teach Benin history if given the opportunity.

On the return of Covid-19

In Nigeria we do copy and paste. We don’t lead, we follow. Covid-19 is real. You can’t say that it is not real. I have lived in Canada for more than thirty years so I know that Covid-19 is real. But the symptoms of Covid-19 is synonymous with the symptoms of fever. If you are in Nigeria and you have survived fever for three years it will not kill you. It is hunger that you will be battling with. I am not saying that there is no Covid-19 in Nigeria. There’s Covid-19 here but it is been brought into the country by foreigners or our brothers in diaspora. What we should do is to control our borders, to make sure that visitors are tested, not denied entry. To ensure that anyone coming in here who has the symptoms of Covid-19 should be quarantined

Recently, the governor of Lagos State, Babajide Sanwo-Olu, had symptoms of Covid-19 he survived it. Covid-19 is not a virus that discriminates between the rich or poor. For the poor people in Nigeria we are very lucky not to contract the virus. But the rich people contract it because their immune system is weak.