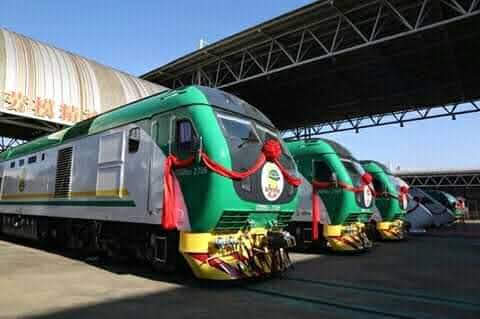 The rescued victims of the Igueben train station kidnap incident in Edo State, have narrated their ordeal with the kidnappers and hailed the Edo State Government for ensuring their safe return to their families.

Speaking with journalists at the Police Cottage Hospital, where they were taken for tests and rehabilitation after their ordeal, the rescued victims noted that a combined team of security operatives led the operation.

One of the kidnapped victims, Mr. Christian Iyere commended the Edo State Government and all the security agencies that collaborated to rescue them.

“We appreciate the state government and all the security agencies who worked to ensure our rescue. The eight days we spent in captivity was not easy.”

Another victim identified as Aguele Beatrice, who was also rescued along with 11 others, thanked the security team.

“We were rescued by the security from the forest. The rescue operation was timely, as it has saved our lives. It has also ensured that our families and loved ones are free from trauma.” she said.

The Edo State Government had provided support to a joint security team in the state which comprises members of the Police, Nigerian Army, Nigerian Air Force, the Department of State Services (DSS), local hunters, the Edo State Security Network, among others, to track and intercept the kidnappers in the forest and rescue the victims.

Two of the abductees are still held hostage by fleeing abductors who escaped the raid of their camp by security operatives.