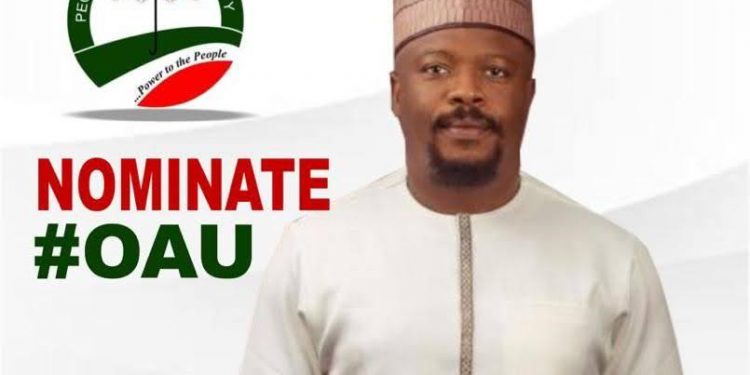 Engr. Osobase Akhere-Ugbesia (KSJI) is contesting for a seat in the House of Representatives on the ticket of the Peoples Democratic Party (PDP) in Agbazilo Federal Constituency made up of Esan North-East and Esan-South East. It is a young man like this every parent should be proud of.

He is scion of the Ugbesias of Ubiaja in Esan South-East Local Government Area of Edo State.

As he goes round his constituency, Esan leaders, Esan North-East and Esan South-East LGAs are not calling out delegates for him. Thus he derived a new means of going into the 21 Wards individual that is why other aspirants started going into the wards. He is a trend setter.

Some influencers offered him money and threatened him to step down but he refused saying he is not in the race for money.

He is not too young to run but the leaders can’t support the youngest aspirant. He is in the metropolis and understands the inner running and lobbying process to develop laws and bring projects to his constituency.

Osobase has not been given an equal playing field like other aspirants but he strives and hold his ground. He is a leader that we need who can fight for his people in the green chambers of the National Assembly, Abuja.