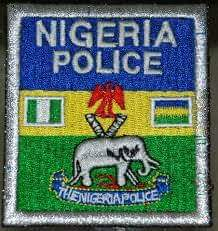 Operatives of Edo State Police Command have rescued two victims of a kidnapping incident which occurred on the Ewohinmi to Ubiaja Road.

The Public Relations Officer (PRO) of the Command, SP Kotongs Bello, stated that the operatives had on Monday, January 25th, 2022, nabbed the hoodlums based on credible information that ten armed men suspected to be kidnappers, emerged from the forest in Ewohimi along Ubiaja Road and opened fire on occupants of a Sienna Toyota bus with five passengers onboard enroute Asaba from Abuja with Reg. No. AKD 499 YE driven by one Akintoye Babatunde.

Going further, Bello said: “On receipt of the information, the Divisional Police Officer, (DPO) Ewohimi CSP Gideon Azuonwu immediately mobilized his team of police operatives/OPC to the scene and recovered the vehicle to station.

“The team of operative thereafter embarked on forest combing in the process they rescued the duo of Akintoye Babatunde and Kabiru Abdullahi unhurt.

“Bush combing is still on in an effort to rescue the other victims and arrest the fleeing hoodlums.”

The Commissioner of Police Philip Aliyu Ogbadu while thanking the operatives for their prompt response that led to the rescue of the two victims, has further charged them to follow the criminals to their hideout, ensure they rescue the remaining victims and further arrest the criminals. He also reinstated his commitment to a crime free Edo State.

Why I want to succeed PMB – Mazi Ohuabunwa