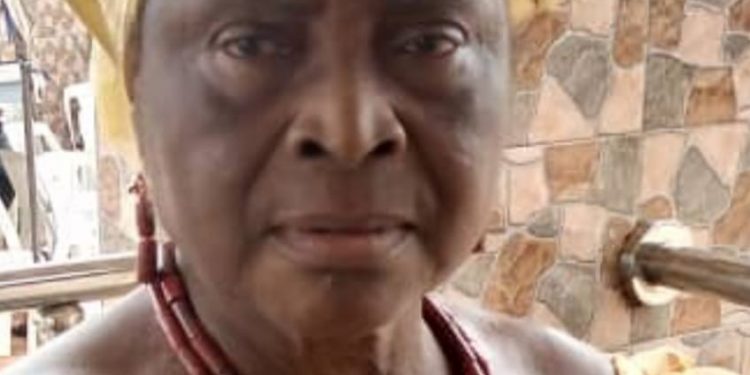 The royal family of Osagie Okojie of Uromi in Esan North East Local Government Area of Edo State, has formally announced the passing of their mother, grandmother and great grandmother, Princess Margaret Osagie Okojie (Nee Iyorah), which occured on the 2nd of December, 2021.

Princess Margaret, who slept in the Lord at the age of 75, was a loving mother, community leader and a devoted christian who impacted many lives during her sojourn on earth.

According to a statement endorsed by the son, Prince Festus Okojie, “with gratitude to the will of God almighty, we wish to formally announce the demise of our mother, Princess Margaret Osagie Okojie(Nee Iyorah) who joined the Saint on the 2nd day of December, 2021.

“We the children are saddened by the sudden death of our mother. We are however consoled by the charming live she lived, her counsel and love.

“We are indeed consoled by the fact that she resting in th bossom hand of the Lord.”

The statement further added that the burial arrangement will be announced later.