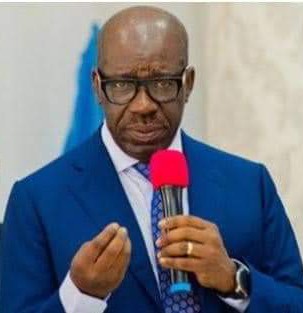 Obaseki, who swore in the appointees at Idogbo, the administrative headquarters of Ikpoba-Okha, hailed the LGA for being politically organized and united.

According to him, “Ikpoba-Okha is an LGA with a very high number of PDP members in the country. I can confirm this because I am the chairman of the e-registration of PDP. We have appointed and inaugurated SAs and SSAs. We have harmonized the party in Ikpoba-Okha; we are now one big family.

“Ikpoba-Okha is the largest local government in terms of population in Edo State and it’s setting the example in terms of politics. You are well organized and it shows in the unity of leaders in the council, which has made harmonization possible.

“You are the most challenged and politicians in the area are doing a great job helping to organize the council politically. The council area is working.

“The Council is facing a lot of social crises and problems, but my administration is doing all within its power to change the narrative, as we are working to solve it with the right kind of politics,” he reassured.

The governor further stated, “You know the challenges facing our people and you are our eyes and ears as we expect reports from you from various communities to help us achieve our Making Edo Great Again (MEGA) Agenda for Edo people.

“You have to report back to us every month on what is going on in education, healthcare and other areas as it will help us know the challenges as we work to fulfill all our promises to Edo people.”

Reassuring the government’s commitment to improving security across the state, Obaseki said, “Despite the security challenges in the area, we are equal to the task, as we will rise up to the occasion using the limited resources available to tackle the issue and better the lives of Edo people.”

Stella Aigbe, who spoke on behalf of the appointees, said they will not disappoint the people.