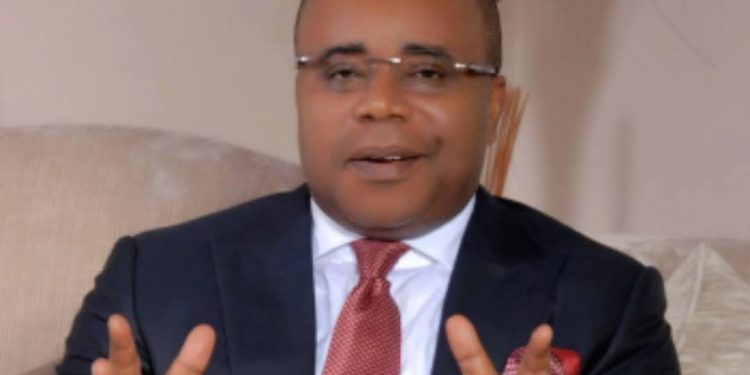 The group’s commendation of President Buhari was contained in a statement signed by the President/National Coordinator, ‘General’ Fiawei Pathfinder and the National Secretary, Sir A.K. Peters in Abuja at the end of a leadership emergency meeting.

The statement by the group recalled the impact of the new ministerial appointee(Umana) when he was Managing Director of Oil and Gas Free Zone Authority, OGFZA, describing him as an astute administrator, a development expert, a technocrat, a transparent, focused and disciplined financial expert, a core believer of President Buhari’s anti corruption mantra.

According to the group, the hard work and determination of Umana to transform and reorganize the OGFZ, employments were created for young people in the Niger Delta region, hence reduction in criminality, youth restiveness and militancy while there was appreciable increase in revenue generation for the federal government through the oil sector.

Said the group, “the leadership of Niger Delta APC Youth Vanguard (ND-APC YV) hails President Muhammadu Buhari over the appointment of one of our great leaders and forthright sons of the Niger Delta region, Elder Obong Umana Okon Umana, as the Minister of Niger Delta Affairs recently.

“We commend and appreciate Mr President for his wisdom in appointing a man of service, a game changer, a financial expert and development expert to head a sensitive Ministry such as the Ministry of Niger Delta Affairs, especially, at this point the people of the region are yearning and agitating for the inauguration of the Niger Delta Development Commission(NDDC) management board which is a regional development federal agency. If constituted the board will as well fastrack development nearer to the people of the region. With Umana’s appointment it is a new dawn in the Niger Delta region because we, as a people, have so much confidence in the intellectual capacity of Umana.

“We know his pedigree and antecedents over the years even before he was appointed Director General of Oil and Gas Free Zone Authority, OGFZA, who did marvelously well to transform and generate employment for the teeming youths in the region. His leadership reduced youth restiveness and militancy to a great extent, which led to increased revenue generation for the Buhari-led administration. His expertise and experience has brought him this recognition, which is well deserved and acceptable by all Niger Deltans.

“His emergence is at the right time to change the narrative and to rewrite the wrongs done to us by the previous administrators of the ministry who opposed the inauguration of the substantive screened and Mr President confirmed board of the NDDC Commission for reasons best known to them, therefore Umana’s appointment as the Honourable Minister Of Niger Delta Affairs at this point in time in this administration is to make things work in the region after several administrations have failed the Niger Delta people, especially, the 16 years of Peoples Democratic Party(PDP) governance could not give a better life to the people of the region.

“We as a group has all it takes to give him all the necessary backing to ensure his tenure is very successful and to enable you deliver the dividends of democracy to our people.”

The APC youths group also expressed optimism that the new Minister would drastically change the narrative in the region with massive construction and rehabilitation of infrastructure including human capacity development and youth empowerment programs within the period he will oversee affairs of the region via the Ministry of Niger Delta Affairs.

Just In: Security threat in Edo State Secretariat of Nigeria Union of Journalists