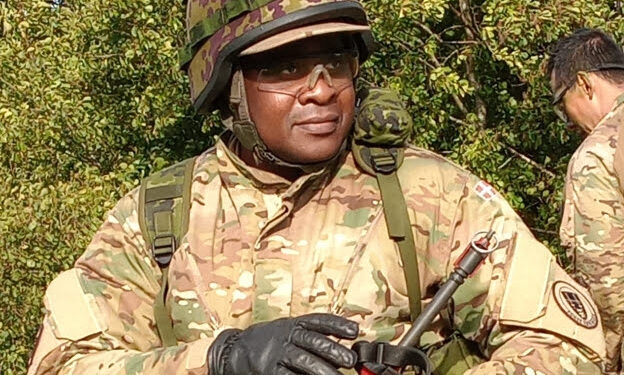 A Nigeria born naturalized Danish citizen, Kelvin Uyi Martins, a member of the Danish Army and Major Lucky Ogiemudia of the Nigerian Army through their counsels are at daggers drawn over the former’s revocation of Power of Attorney to the Nigerian Army officer.

The disagreement was contained in a petition through their lawyers over a multi-million naira duplex belonging to the naturalised Danish citizen who had given authority to the Nigerian military officer to oversee his properties located at No.27, Roland Abanor Street, GRA, Benin City.

Trouble was said to have started between the duo when the naturalised Danish citizen instructed  his counsel,  Barrister Douglas Ogbankwa,  to revoke the Power of Attorney given to Major Ogiemudia.

The petition addressed to the Chief of Army Staff, Lt. General Farouk Yahaya and copied the Provost Marshal, Nigerian Army, and the Directorate of Legal Services alleged that the Major had breached the terms urging the military authority to call him to order.

“That our client revoked the said Power of Attorney vide a notice of Revocation of Power of Attorney dated 6th December, 2022 duly endorsed by a Notary Public in his hand and seal, which totally extinguished and obliterated the same.

“That the said Major Lucky Ogiemudia in an audacious response, wrote to our client admitting to be in Breach of Code for Public Officers, by the content of his letter and demanded for N5 million from our client for no known reason whatsoever, which action is admission of his culpability of his breach of the Code of Conduct for Public Officers.”

While counsel to Major Ogiemudia, Emeka Obasi Esq through a petition to the Mr. Martin had expressed shock over the revocation notice served his client having incurred bills on the said properties to the tune of N5, 000,000

Portion of the petition reads, “Our client was surprised when he was served with a Notice of Revocation executed on the 6th December, 2022 which said Notice was received with thanks by our client.

“However, our client has over the years incurred huge expenses under the said Power of Attorney which now need to be fully settled and our client reimbursed for all out of pocket expenses incurred.”