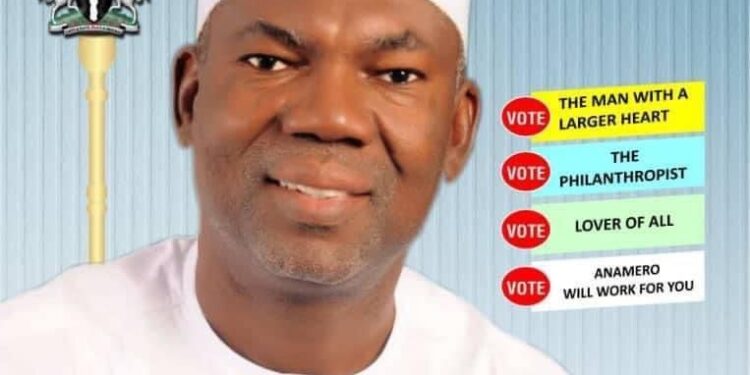 The perennial scarcity of fuel, in Auchi, Etsako West Local Government Area of Edo State, in recent time have been traced to the activities of fuel attendants and managers in the service of Dekeri Sunday Anamero(aka Danco), the standard-bearer of the All Progressives Congress (APC) for Etsako Federal House of Representatives election in 2003. Danco, a major petrol distributor in Etsako, owns one of the prominent filling stations in Auchi.

Accusing fingers are pointing in the direction of the NASS hopeful whom many alleged is inadvertently encouraging his employees’ dirty deals in his filling stations spread across the town by seemingly turning a blind eye to their illegalities.

Some of the dirty deals as listed by the aggrieved residents include hoarding, creating artificial scarcity, under dispensing and selling the commodity at exorbitant charges among so many other unfavourable practices being exhibited in his filling stations.

On the basis of the suffering that the residents of the town go through on account of this anti-people action there are hues and cries from different quarters that Anamero’s pay back time would come during the polls next year when he will be given a bloody nose with the outcome of the exercise especially as he is accused of acting nonchalantly even as the fuel hoarding by his fuel stations is taking on a devastation that is unheard of in recent times in Auchi.

Attempts to get a reaction from him was unfavourable as he responded harshly to questions that he was asked.

Santos FC of Brazil talks about its African link

Edo: Speaker condoles NUJ Chairman over loss of his mother

Edo: Speaker condoles NUJ Chairman over loss of his mother