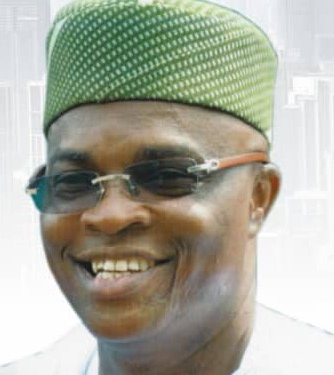 Popular billionaire business mogul and Proprietor of Pacesetters Schools, Abuja, Barrister Kenneth Imansuangbon, has reacted to a trending video where a guy of Esan extraction poured invectives on the Oba of Benin, His Royal Majesty, Omo N’Oba N’Edo, Oba Ewuare11, saying that the guy must be completely ignored as it is evident that he requires urgent mental medical evaluation.

He noted that the Esans and Afemais hold the revered Benin Monarch and Governor Godwin Obaseki in high esteem.
The former Peoples Democratic Party(PDP) governorship aspirant in the September, 2020, Governorship election, said there is no doubt that the Esans and the Afemais draw their lineage from the respected Benin Kingdom and therefore make them brothers and sisters with the Benins.

Imansuagbon in a signed statement made available to newsmen said Esans world over pledge their loyalty to the Oba of Benin and Governor Godwin Obaseki.

While noting that the viral video was provoking different comments he added that the negative comments do not represent the  Esan people or any well meaning Edo State indigenes.

Part of the statement reads: “I was shocked on watching the video and hearing the rubbish the lunatic was saying. The Esans and the Benins are brothers. It is a fact that was passed to us from generation to generation and nothing can change that. Whatever he said should not be taken serious.

“Giving him  such level of recognition by listening to his rubbish talk is making him feel important. He should just be ignored for who he is.

“I will also like to seize this opportunity to call on his family to take him for psychiatric test so as to get to the foundation of his problem and save him from destruction.

“At this period in the history of Edo State we need one another because in unity lies our strength to build a greater Edo state for all.”

Eid el Adha: No sacrifice is too much for peaceful coexistence – former Kogi Commissioner

Eid el Adha: No sacrifice is too much for peaceful coexistence – former Kogi Commissioner