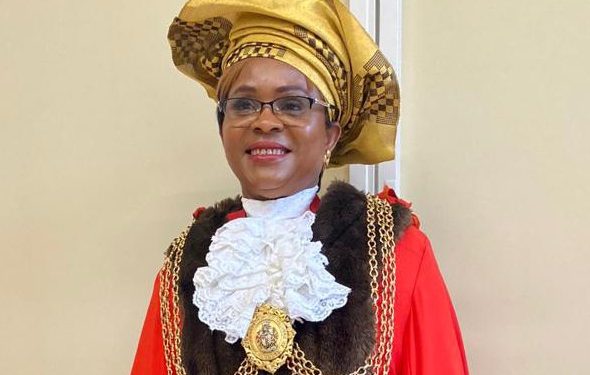 At the inauguration ceremony held at the council chamber in Lambeth, she paid glowing tribute to the electorate for finding her worthy to serve in the capacity. She also acknowledged her family back in Nigeria, promising to justify the confidence reposed in her. She was also the Deputy Mayor of Lambeth for 2020/2021.

Pauline George is a Princess; a daughter of Alenkhe as well as George Enakhimion Okonegbe, the Odague of Okhuessan in Esan South East Local Government Area of Edo State.

She is a specialist nurse and an alumna of South Columbia School of Nursing, England, Thames Valley University, England. She also holds a Master Degree in International Law from the London Metropolitan University.

Popularly known as Aunty Pauline, she worked tirelessly in NHS, helping the community through the COVID-19 pandemic and also represents nurses in employment cases at work and in employment tribunals.

As a Herne Hill councillor for almost four years, she fought against knife and gun crime and for new opportunities for young people, including encouraging youths to take up apprenticeship.