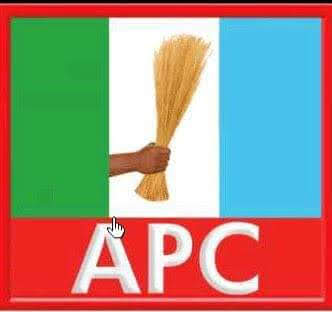 Leadership of Niger Delta APC Youth Vanguard has commended the former Minister of Niger Delta Affairs, Elder Godday Orubebe, for his decision to dump the Peoples Democratic Party (PDP) for the All Progressives Congress (APC), describing the decision as courageous and a bold step in the right direction as the state is in dare need of massive infrastructural development and industrialization.

The Niger Delta APC Youth Vanguard, which is a coalition of ex-agitators and other progressive stakeholders across the Niger Delta region, congratulated Elder Orubebe, declaring that they wholeheartedly support his decision, insisting that Orubebe is a core democrat, a courageous leader with foresight, a man of integrity with impecable track record of many virtues that has contributed a lot to the sustenance of our nascent democracy even before 1999.

The Niger Delta APC Youth Vanguard, in a resolution reached in Abuja after an enlarged meeting of members presided over by its National Coordinator, ‘General’ Fiawei Pathfinder, and the National Secretary Sir A.K. Peters, described Elder Godday Orubebe as a nationalist whose vision and values are circled on building bridges that stand on the principles of equity, justice and fairness with unity and oneness that will foster peaceful coexistence that will bring about sustainable development to the nation and the Niger Delta region at large, a man whose life has been a shining light to many in the Niger Delta.

The National Coordinator of the Niger Delta APC Youth Vanguard, ‘General’ Fiawei Pathfinder, who is also the President/National Coordinator of the group and from the same Local Government Area with the former Minister, pointed out that “we really want to use this medium to appreciate and salute our most respected leader, Distinguished Senator Ovie Omo-Agege, the Deputy President of the Senate, who is the Governorship candidate of APC in Delta State.

“In the same vain the leadership of Niger Delta APC Youth Vanguard also seize this opportunity to salute the pragmatic leadership style of the state party chairman, Elder Omene Sobotie, whose vision and mission statement is geared towards achieving result no matter the storm, and it is on record that since he emerged as the state party chairman there has been series of events from welcoming decampees and big weights from the PDP. The chairman whose doors are open 24 hours for new members to join the party.

“It is worthy to note the transparent nature of the state party chairman who is hardworking, cool headed, focused and result oriented. He has set up a lot of mechanism in place to bring about peace and unity in the party, to liberate the state out of the hands of the corrupt and bad governance that has bedeviled it without moving forward since 1999 to date.

“We sincerely thank and appreciate Elder Godsday Orubebe for taking the bold step and courage to dump the PDP and to identify with the rulling party APC at this point in time. A decision that is widely celebrated by all Deltans across board most especially the Burutu Local Government sons and daughters were dancing and jubilating for deeming it fit to move out of the People’s Demonizing Party PDP that has held the state hostage since 1999 to date without meaningful development.