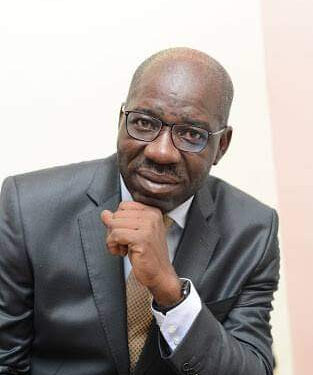 Governor Godwin Obaseki of Edo State has been criticized for allegedly depriving opposition parties rights to display posters and banners on billboards across the state by so doing turning the state to a Banana Republic.

The Benin Solidarity Movement (BSM), a social political pressure group, in a statement by its President, Comrade Curtis Eghosa Ugbo, accused the Governor of playing politics of bitterness by denying other political parties the right to access government public facilities.

He said: “Our attention has been drawn to the unscrupulous/undemocratic action(s) of the Governor and his agents to stop commercial vehicles loading in the various motor parks with the sticker or poster of the APC, Labour Party (LP) or other political parties from loading unless  they have the PDP sticker or banner which must belong to his faction of the PDP.”

He reminded Governor Obaseki that he is the Governor of Edo State people not a Governor of a factional political party.

“We all voted for him when in APC to become the Governor of Edo State without any intimidation as being experienced now under his watch.

“Godwin Obaseki has turned Edo State into Banana Republic politically. He does not allow opposition parties to operate in the state freely.”

Comrade Ugbo called on Governor Obaseki and the PDP in the state to allow other political parties in the state campaign as guaranteed by the constitution of the Federal Republic of Nigera.