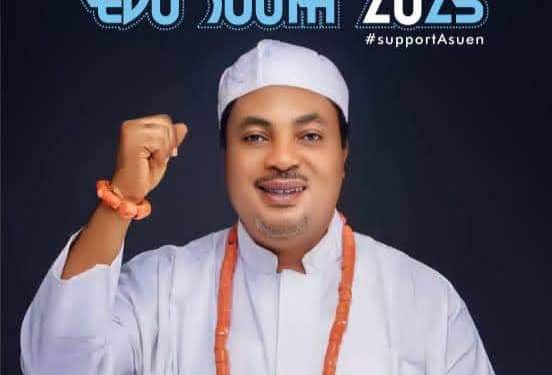 Ex-Deputy Governor of Edo State, Lucky Imasuen, has lost the All Progressives Congress (APC) senatorial ticket for Edo South District in the 2023 polls to Valentine Asuen, a business mogul.

Asuen, who is the Chief Executive Officer(CEO) of DVD Oil, emerged the choice of majority of the party delegates after polling 216 votes in comparison to the 160 votes secured by Imasuen.

The peaceful senatorial primary election exercise took place at the Indoor Sports Hall of the University of Benin (Uniben), Ugbowo campus.
With the victory, Asuen will be flying the APC flag in the forthcoming general election slated for May, 2023.

In a chat after the exercise, Asuen, who in the run up to the primary has the backing of youth, thanked God Almighty for the resounding victory and appreciated the youths for their encouragement and support.

According to him, “my victory is an attestation to the fact that the youths still believe in themselves, a sign that they can dictate the pace of Nigeria election by their unification to retire the old politicians.”