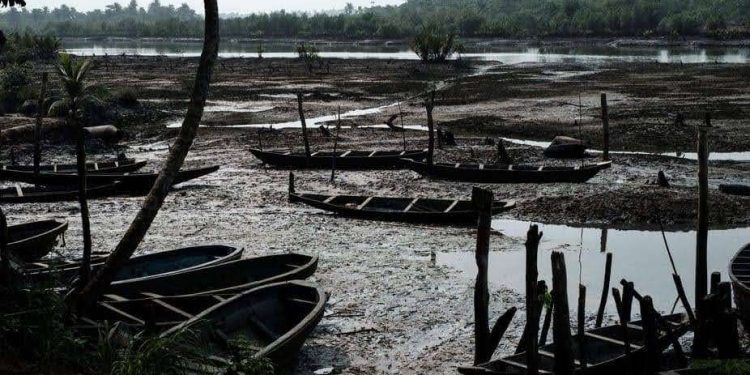 An activist, Mr Somi Uranta, has demanded for the payment of reparation and restitution for the Niger Delta over environmental degradation.

The activist made the demand while fielding questions from newsmen in Benin.

Uranta bemoaned that rather than been a blessing, the discovery of oil have become a curse to the people of the Niger Delta region and by extension the country as a whole.

He pointed out that oil exploration in the region have also left the people poorer aside degradation of their environment.

He stressed that while the proceeds from the oil have largely remain non beneficial to the people, they are further left with no land to carry out farming activities.

The activist said that Nigeria would be the ultimate beneciary of a permanent solution to the challenges of the Niger Delta.

According to him, “It is indeed painful and sad that a region so endowed with natural resources and a region that contributes and account for the bulk of the nation’s Gross Domestic Product (GDP), the people have nothing to show for it.

“It is even made worst with the fact that environmental degradation have left the people with no land to farm while acquatic life have been eroded.

“I travelled to my village in December and I stayed over a week without eating fresh fish. This is just one of the numerous problems that we are faced with.

“The people and region remain the poorest due largely to the ecological unfriendly exploitation of oil by multinationals.

“Government on its part does not seem to have a clear-cut answer on how to solve the challenges of the region.”

Uranta concluded by saying that he has made arrangement to train 30,000 Niger Delta youths under the Youths Enterprise Development Training.

He said the training which would see the beneficiaries being provided with seed grant, will involve 5,000 youths each from Delta, Bayelsa, Rivers, Cross Rivers, Akwa Ibom and Edo States.

Web developer narrates how twenty boys kidnapped, tortured and robbed him of over N20m in cash and valuables

Save us from criminal herders, communities’ residents appeal to Obaseki

Save us from criminal herders, communities' residents appeal to Obaseki