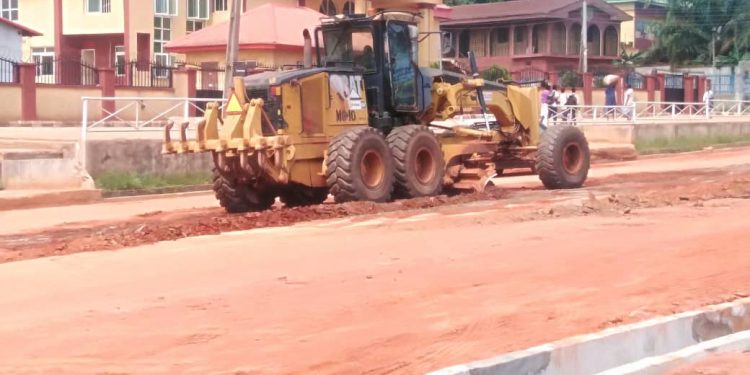 As work intensifies on the dualisation of Ekehuan road in Benin City, residents have commended the Edo State Governor, Mr. Godwin Obaseki for prioritising the construction of the 8.3km road.

The road, which leads to the site of the Benin River Port project, on completion would boost infrastructural development in the state in line with the Obaseki-led administration’s promise to upgrade infrastructure and drive urban renewal in the state capital.

A part of the road project includes an underground drainage system, which on completion will tackle flooding problems in the area.

While commending the governor, the residents noted that the road project on completion will improve business activities and better the living standard of the people.

A resident, Mr. Asemota Osaremen said: “Before now, movement from Ekehuan road to Ekehuan barrack takes about 30 minutes, but with the progress of work done on the road, it takes just ten to fifteen minutes. We hail the governor for his commitment to improving the welfare and livelihood of Edo residents.”

Mrs. Juliana Imafidon, a trader along Ekehuan road urged the state government to ensure that the contractor delivers quality and durable projects before the rainy season.

She said: “Obaseki did well because before now vehicles could not pass here. People can move freely. Workers should be fast because the rainy season is fast approaching and if not, movement would be disturbed.”

Another trader, Mrs. Ewaen Omorede-Edokpaiyi, expressed appreciation to the state government for the project.