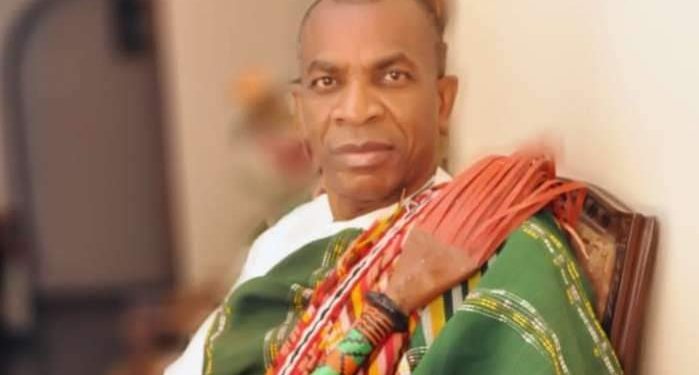 The intra party crisis rocking the Edo State chapter of the Peoples Democratic Party, (PDP), is a classic example of a house divided against itself. Several attempts and efforts to make the warring factions sheath their sword and work together in the greater interest of the party have so far fallen on deaf ears.

Each passing day presents the hope of a quick resolution which fades into oblivion sooner than expected. Some have said it will take a high level intervention to salvage the party and restore it to its eminence before the 2023 general elections. Others have wondered how the ruling party intends to extricate itself from its self-injury and be able to put its act together to face the huge task ahead of it.

Of major concern to commentators is how the party has allowed itself to be boxed into a corner. For a political party which has enjoyed contrasting fortunes; from being an opposition party to becoming the ruling party, within a short period, to now find itself mired in an endless crisis, is a bit difficult to explain.

Ordinarily, the party ought to be “enjoying political respite and dividend of democracy” because it was able to capture political power from the APC shortly after the election of a new executive for the party, after nearly 13 odd years in the political wilderness as a vibrant opposition party, it seems the PDP has learned no lesson.

Sadly, those involved are members of the same PDP family, not the opposition APC. Looking at the crisis on the surface, it appears like a two-way fight between the governor on one hand and members of the state working committee, SWC, of the party, on the other hand. The state party chairman, Hon. Tony Aziegbemi, is on the same page with the governor while the rest SWC members are working in concert.

Hon Aziegbemi emerged as the party chairman long before Governor Godwin Obaseki and his co-travellers contemplated joining the PDP.

On assumption of office as the chairman, he sounded boastfully and optimistic that the PDP will “capture” state power during his tenure, a prophecy which later materialised when Mr. Godwin Obaseki defected to the party following his fallout with his former party, the APC.

At several fora, he never hesitated to remind whoever cared to listen that his singular mission is to support the party in government as personified in the governor to ensure the party retains power. This was quickly actualized as fate smiled on him again when Obaseki won his re-election bid

It could be deduced then that Edo State PDP Chairman, Hon. Aziegbemi’s loyalty to the governor, Mr. Godwin Obaseki is not an eye service approach, neither is it self serving as being portrayed by his antagonists. Rather, a fufilment of his inauguration promise and by extension to save the party from throwing away the baby and the water, which is the seat of power , to the opposition party out of resolvable and unnecessary party crisis.

The chairman, as seen by many, has not departed from his set goal right from day one, which is to support the governor to accomplish his manifesto as well as provide a formidable ring around him to prevent detractors and “political sharks” in the opposition APC from distracting him.

However, one must also give kudos to the state party chairman for showing bravery. All the while, his battle cry has been the need for unity and the closing of ranks. On several occasions, he urged the party State Working Committee (SWC) members to support him and the governor in the task of building a cohesive and formidable party.

Whatever may have been the contention between these two sides, the issue, by all moral reasoning, would be to close ranks which all sane minds should advocate for. Talks about continued friction in the party will blow no good wind to either side neither will it favour the party in anyway, as the sleeping opposition, APC, is waiting in the winds to catch-in on the imbroglio to enter Dennis Osadebey Avenue, Benin City, Edo State.