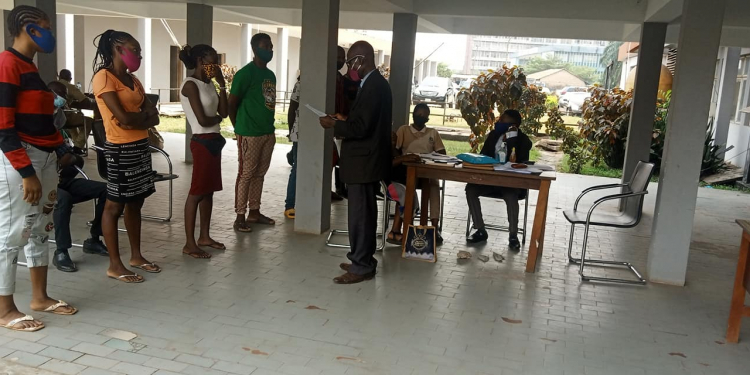 A Mobile Court sitting in Benin City, presided over by Chief Magistrate Bright Eraze Oniha, has convicted 19 persons for violating the Edo State Government directives on compulsory use of facemasks and restriction of movement between 10pm and 5am.

After they pleaded guilty to the offence and begged for leniency, the court convicted the 19 persons to three (3) hours of community service within the premises of the Edo State High Court with the option to pay a fine of N2,000.

The convicted persons that were arrested at Aduwawa, Ring Road and New Benin Market in Benin City, according to the Chief Magistrate disobeyed the directive of the Edo State Government by refusing to wear facemask thereby committing an offence contrary to Section 8 (6) (C) of the Edo State Dangerous Infectious Diseases (Emergency Prevention) Regulation 2020 and Section 203 of the Criminal Code Law, Cap 48, Vol. II, Law of the Defunct Bendel State, 1976, as applicable to Edo State.