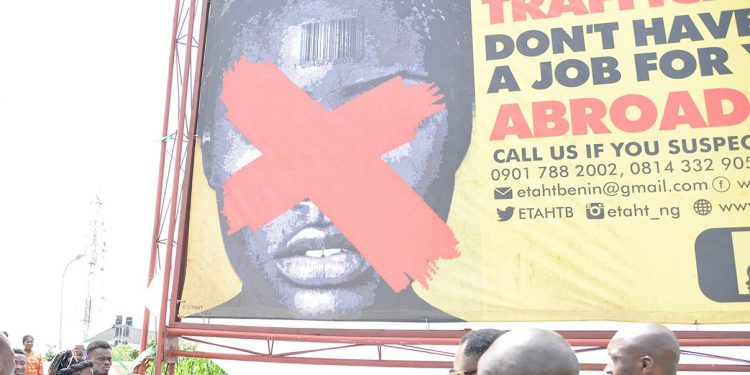 The Edo State Government has said it will continue to partner with relevant stakeholders to strengthen advocacy in order to check the incidence of illegal migration and human trafficking in the state.

Speaking after unveiling billboards in select parts of the state, Secretary, Edo State Taskforce Against Human Trafficking, Itohan Okungbowa, commended the United Nations High Commission for Refugees (UNHCR) for supporting the agency’s advocacy programmes aimed at sensitizing members of the public on the dangers of illegal migration.

She said members of the public can reach out to the agency to report suspected cases of human trafficking, adding “the taskforce is set up to fight against any form of slavery or trafficking in any guise.”

“If you must migrate, follow the due process; don’t enslave yourself to another person. Legal processes must be followed. Nobody will deprive you of your right.”