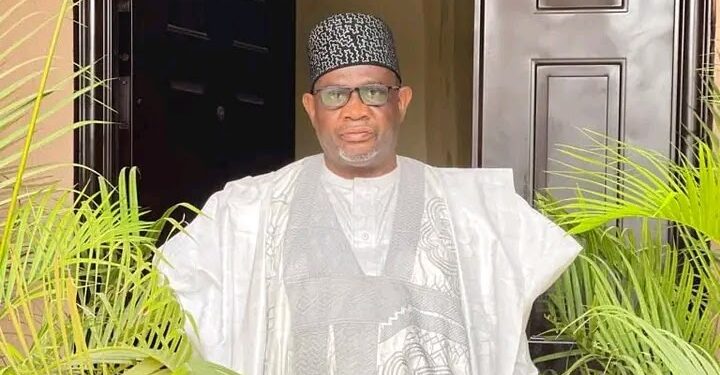 Members of the 1981 set of the Federal Government College(FGC), Kano, have paid one of their colleagues, Alhaji Salisu Zakar Hadejia(Cigarin Hadejia), who passed on Friday, August 5, 2022 at the Aminu Kano Teaching Hospital(AKTH), Kano after a brief illness a befitting goodbye.

The delegation of the old classmates of the deceased made up of Engr. Ismaila Adamu, Saad Muktar and Rufai Isa met with the widow, Hajia Hauwa and the deceased’s other family members at their Hotoro, Kano residence to commiserate with them and give them a token as support.

Prayers were offered for the repose of the soul of the deceased with a presentation of condolence letter and cash donation on behalf of the old classmates.

The widow, Hajiya Hauwa Zakar and two of the kids present, Engr Yasser and Huda, thanked the visitors for the care and love showed and prayed to Allah to reward the group in folds.

At the time of his death Alhaji Zakar Hadejia was the Jigawa State Commissioner for Industry, Commerce and Tourism.