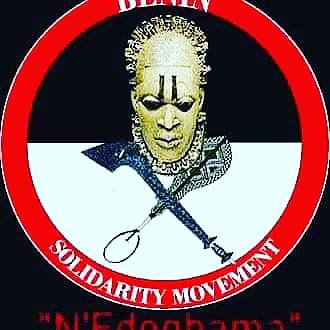 Benin Solidarity Movement (BSM) worldwide has called for the dismissal of the state Commissioner of Police, Johnson Babatunde Kokumo, over the recent escape of hoodlums from the custody of the state police command headquarters.

In a message signed by Elder Curtis Eghosa Ugbo its President, the socio-political group said: “Benin Solidarity Movement (BSM) consider the report making the rounds since early morning hours on Sunday, January 3, 2021, that all hoodlums in police custody at the Edo State Police Command Headquarters in Benin City have escaped.

“The absurdity of the report is better imagined considering that from all indications the premises is well fortified with heavily armed policemen and women always on duty in and around the premises. Also note worthy is that within close distance to the command is the office of the Department of State Services (DSS).

“To say that the hoodlums, most of whom are always in chains and locked up in cells assumed to be well guarded, were able to plot a successful escape from the police command is a fairy tale better told the marines.

“From all indications the successful escape of the hoodlums must have been facilitated by the Commissioner of Police, Johnson Babatunde Kokumo and his lieutenants who have for long been bellyaching as a result of the aftermath of the recent EndSARS protest.”

Going further, the group stated: “If Kokumo and his lieutenants are discovered to have collaborated to sabotage the security system in the State they should be sanctioned by way of a demotion or outright dismissal.

“Also it would be reasonable to commence the recruitment of fresh intakes into the Police Force in all departments and ranks considering that as it is now the men and women in the Edo State Police Command most especially are from all indications planning to cause chaos in the state in their evil plot to have their pound of flesh in retaliation of what they have often alleged is a collective attack on them during the EndSARS protests.

“In the main time, Governor Godwin Obaseki should, as a matter of urgency, request for the withdrawal of the Police Commissioner – Mr. Babatunde Kokumo and his lieutenants from the state as information reaching our intelligence unit is that the police boss is high handed and as such is having a running battle with some of his subordinates a situation that can only spell doom for the milestones that the state government is intending to achieve in securing the lives and properties of residents.

“The governor should also order for the immediate rearrest of the fleeing hoodlums some of who by now would have found their way out of the state to neighbouring states and probably even neighbouring countries.

“Security of our lives and property matter much to us and anything that may act as a clog in the wheel of progress should be outrightly done away with.”