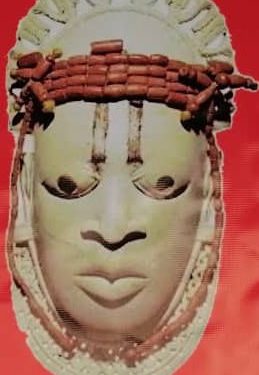 Igun Descendants in Igun Street, Benin City, Edo State, read with trepidation the recent letter of the self-acclaimed Igun-Igbesamwan-Owina Descendants Cultural Movement of Europe and America signed by the duo of self-styled Erahuyi Isokponwu and Adolor Oviasu-Oreoghene addressed to the Honourable Minister of Information and Culture in form of an advert placement in two national newspapers.

From the language used by the duo it is obvious that there more than meets the eye in their strange claims most especially that the artefacts stolen in 1897 by the British invaders of Benin Kingdom were collected across the ancient city.

Quoting from a part of their letter, the duo of Erahuyi and Adolor said: “Of truth, all the artefacts looted from the palace under the reign of Oba Ovoramwen were gifted to preceding Obas of Benin before Oba Ovoramwen. A good number were also gifted to traditional rulers of neighbouring important traditional rulers and aristocrats from Owo, Okenusen and others. Likewise some artefacts were gotten as spoils of war by Benin native soldiers during invasions and expansionist movement of successive Obas from those they conquered by force of war.”

This claim of gifting Obas artefacts by these fraudulent duo and their paymasters is far from the truth. The Bronze assembly in Igun is solely attached to the Benin Palace with total obedience to the wish of the Oba as it pleases His Royal Majesty. All the Bronze work in the Palace are ordered for by His Royal Majesty in line with the dictates of the time. So saying that the Oba was gifted the art works is not only far from the truth but is being peddled cheaply by those who desire to profit illegally from what they have no authority upon.

Also worrisome is the claim by the authors of the letter that “apart from losing tens and hundreds of our bloodlines to the ravaging military assaults of British Invaders, thousands of artefacts made by the sweat and blood of forefathers with the rapt support of our great grand mothers – which are on the verge of their glorious return to Nigeria should not be handed to His Royal Majesty the Oba of Benin, as doing so will be fueling the proceeds of crimes.”

The above assertion and claims by the self-styled descendants of Igun-Igbesamwan-Owina of Europe and America has further exposed their objective which is to lay claim to whatever incentive is attached to the return of the looted artefacts.

For them to go ahead and say, “under no threat or arm-twisting shall we give up our inheritance to anyone, without a mutually agreed terms and conditions” goes further to expose the under belly of their argument which is basically to be considered for a cut of the cake which their forefathers never participated in baking.

We wish to state that whoever are the mischief makers acting behind the scene and suddenly becoming so generous by doling out large chunks of money to their acolytes and social media influencers to cause confusion where none exist their days in the sun are getting shorter by the second and they will not go unrewarded by the ancestors.

We, the Bronze casters of Igun, are never and will never be at war with our father, His Royal Majesty, Omo N’Oba N’Edo Uku Akpolokpolo, Oba Ewuare11, N’Ogidigan. We operate directly under his instructions and guidance and we are of the sound view that he is the right authority to be handed over the soon-to-be returned stolen Benin artefacts and whatever that those doing the return deem necessary to be added as some form of restoration of a wrong conceived against the Benin Kingdom.

Those who thrive in making mischief just for the fun of it had better be warned to look elsewhere for their game. For sure this new chapter will not end well with them.

And to sum up our submission, we wish to call on the security agencies, especially Interpol operatives, to spread their dragnet to get the real identities of the writers and sponsors of the letter who hide under what we equate to be false identities to perpetrate falsehood and character assassination their stock-in-trade.

We are seizing this opportunity to as usual pledge our unalloyed loyalty to His Royal Majesty, Omo N’Oba N’Edo Uku Akpolokpolo, Oba Ewuare11, N’Ogidigan.