Before it is too late: Kalu reacts to Eastern Security Network 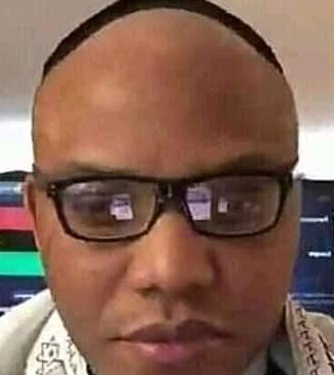 Last week, precisely 12th of December, 2020, we were greeted with surprise (though not unexpected), of launching of a new security outfit called Eastern Security Network by the leader of Indigenous People of Biafra(IPOB), Mazi Nnamdi Kanu. The display was a full military parade that got me thinking aloud, where are we heading to in Nigeria out of our own lackadaisical attitude towards every sensitive issues?

The part that surprised me most was the staggering truth that this is a result of failed system under the auspices of APC and President Buhari who in their wisdom and inaction had put Nigeria to the option of self defense to keep existing when insecurity of lives and properties have become a certain culture, a norm.

It brought us down to the reality that if the Eastern Governors had acted promptly to set up even a local vigilante to compliment our ever ready police, we wouldn’t have got to this pedestrian, the dilemma of this oversight is that this IPOB outfit has been greeted with much accolade and acceptance that any attempt to quash it will be counter productive, that means we are all sitting on top of a ticking time bomb built by our own hands.

This same cluelessness of the center dominated and controlled by the North in a bid to show strength above other regions as people in total control had equipped and empowered Hisbah Security and legalized it even when the same Government under the care of Northerners were against regional policing. A case of ‘different strokes for different folks’ while hunting down and incarcerating IPOB, pardoning repentant Boko Haram insurgents, they also unleashed the Fulani Herdsmen who brandish sophisticated weapons in a country where arm is not legalized. The said Herdsmen maim, kill, rape and attack people at will since 2015 without any condemnation from the Federal Government. They sack villages and move on as if nothing happened.

Irked by this lopsided treatment of other citizens by the Northern folks, Yoruba people of the Western Region who feel threatened, birthed Amotekun, which has come to stay.

The political class of the South East continued to sound politically correct not to offend the Northern region and didn’t act, yet within her ranks lived those who placed lives over political interests and today we have Eastern Security Network.

That is not even the least of my concern at the time being. My trouble stem from the fact that while Nigeria is battling with Boko Haram in the North whom we are yet to know the source of their sophisticated weapons, the Bandits operating in the same North are not less armed. Yesterday I watched a troubling video where Nigerians were asking questions “How were the ESN suddenly armed with AK47 within days of formation,” even as Amotekun, Hisbah, Niger Delta Avengers, etc are all armed?

It will be foolhardy for the present government to believe that all these issues will just varnish without concrete solution. It will be even worse mistake for the North to think they can continue to hold unto power endlessly in the present condition of Nigeria without consequences. This is time for retrospection.

I believe that the best thing the North can do at this material time is to yield to the call for dialogue and possible restructuring of the system where everyone’s interests can be protected in peaceful manner rather than endlessly living in a false unity that has only retrogressed us.

The fact remains that Nigerians are not giving in their best to build her as a result of the sense of alienation prevalent in the polity where others believe the nation is for the North while the North believe it is their right to lead in perpetuity.

The sanest approach now is for the North to rally support for Nigeria President of Igbo extraction come 2023. I am of strong believe that once this compromise is reached, it will give the Southerners a new sense of belonging that change is possible and this will give room for true dialogue, reconciliation and progress.

I have not given up on hope that most of the daunting challenges being faced in Nigeria will naturally resolve itself when every entity works in favour of Nigeria with the commitment and believe that tribes exist for Nigeria and not the other way round.

Nigerians should be allowed to bear arms and ammunitions, says social crusader 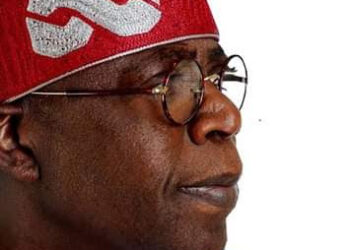