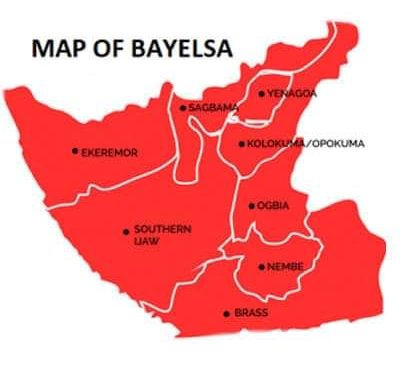 Bayelsa State Government has proposed a South South, South West regional cooperation for the development and promotion of tourism with the hope that the initiative will receive more political and economic attention from key stakeholders in both geopolitical regions, in the context of globalization and regionalization.

According to Dr. Orugbani, south-south, south-west synergy was meant to explore the historical affinity both geopolitical regions share with a view to leveraging on the cultural tourism potentials to drive sustainable development in the regions, adding that tourism development has become one of the high-priority of regional cooperation in the world.

He said Bayelsa State has unique aquatic splendor with  beautiful vegetation, fascinating culture and history that offer extraordinary array of tourism potentials and opportunities for job creation and investments in the tourism and hospitality sub sector of the local economy, if properly developed and harnessed.

“For instance, Bayelsa has the longest coastline, endowed with fresh water and marine sand beaches, such as the renowned Okpoama, Agge, Koluama, Foropah and Ekeni-Ezetu beaches, among others, which grossly over look the Atlantic Ocean.

“Therefore, the holistic development of our tourism industry will create jobs for the youth because of the positive economic impact that tourism development could bring to bear on our rural communities. Tourism can become an important element of a local economic development strategy as well,” the commissioner maintained.

The two regions, the commissioner noted, could become the main actors and drivers in crystallizing this innovative regional cooperation and integration, using cultural tourism as the platform for regional integration, stating that while development partners and the private sector are key supporters and implementers of tourism development initiatives, he argued that the regionalism-tourism development linkage has mutual and causal relationships, which reinforce each other and move along the same trajectory for sustainability.

He pointed out that the incentives and benefits that will be eventually generated from the tourism industry in the two regions through this synergy, will certainly encourage other economic sectors to develop, with a chain of spillover effects, providing opportunities for sharing vital information with one another under this new regional tourism cooperation and integration partnership deal.

“We can see that tourism is one of the key industries in connecting both regions through three dimensions: the people, institutions and infrastructure in the geopolitical zones.

“While tourism cooperation is widespread; regional interest and regional tourism products are becoming common regional public goods. The concept of sovereignty over the tourism sector is relatively much more flexible and negotiable than with other sectors.

“Integration of tourism products and the connectivity of tourism services and infrastructure are the objectives of this regional cooperation on tourism.

“On the other hand, tourism promotes regionalism by promoting cooperative culture, development and poverty reduction, identity construction, development of social inclusion and institutions, and the improvement of human connectivity”, Dr.Orugbani maintained.

On his part, the Osun State Commissioner for Culture and Tourism, Dr. Adebisi Obawale, decribed the proposed South-South/South West regional cooperation for the development of tourism in both regions as laudable, informing that the huge economic gains awaiting investment in culture and tourism had compelled the need for the Osun State’s master plan which would be funded through Public Private Partnership (PPP).

Dr. Obawale said: “The abundant opportunities of our heritage and tourism potential and the inherent benefits, such as creating mass employment especially for our teeming youths, revenue generation, and socio-economic development of the array of tourist locations, have made this government to prioritise the sector as one of the economic pillars to drive the state’s economy.

“A few months ago, a team of investors and financial institutions visited the state and having gone round some tourist attractions, were impressed by the enormous human, cultural and natural resources the state is bestowed with; and realising this, the team had since expressed her willingness and strong commitment to develop our tourist attractions to World-Class Destinations,” he said.

The Governor of the State of Osun, Adegboyega Oyetola, reiterated the administration’s determination to transform the economy of the State through huge investment in culture and tourism, saying Osun would soon become the United  Arab Emirate of Nigeria.

The Governor, while launching the Osun Tourism Master Plan: Culture and Tourism for Sustainable Economy (CUTOSEC), in Osogbo said the Master Plan was aimed at improving the potential in the culture and tourism sector for the development of the State, adding that the initiative involved a comprehensive template to expand the State’s economic diversification programme and improve its Internally Generated Revenue.

“Our development plan for tourism involves two time horizons – the short and long terms. While Osun Sterling Tourism Vision (OSTOV) 30-30 is our short term agenda that we wish to achieve to lay a solid foundation for the perfect growth of tourism in the State, the Culture and Tourism for Sustainable Economy (CUTOSEC) is the long-term plan that will build on the achievements of Osun Sterling Tourism Vision 30-30 for permanent development of tourism,” the governor explained.

The Minister of Information and Culture, Alhaji Lai Muhammed, represented by DG/CEO Centre for Blacks and African Arts and Civilisation (CBAAC), Hon. Oluwabunmi Ayobami Amao, said the initiative would go a long way to give a realistic direction in the development of tourist centres and make Osun the best destination.

On his part, Regional Business Executive of Sterling Bank, South West, Ademola Adeyemi, said the bank was excited to be part of OSTOV 30-30 because the project aligns with its purpose of enriching lives through financial intermediation in critical areas that create jobs, enable growth and sustains wellbeing in rural and urban areas.

According to Ademola, collaboration with the Osun State Government is a carefully thought out move which will take advantage of the immense natural and cultural endowments of the state to stimulate economic growth and development through ecotourism.

Nigerians have been deceived by so many miracle pastors

Nigerians have been deceived by so many miracle pastors