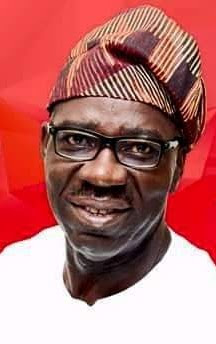 Barrister Washington Osa Osifo, a former Commissioner for Education in Edo State, has admonished the people of the state to stop Governor Godwin Obaseki from turning democracy to dictatorship in the state.

He made the admonition while addressing the media on what he called “the unconstutionality and illegality of appointing caretaker/liaison officers in Edo State.”

According to him, “whereas, Governor Obaseki now purports to ‘appoint’ some persons as administrators in the local government councils, there is a specific pending high court judgement that prevents him from doing so.

“Specifically, in Suit No B/2/OS/2013: Tony Abumere Okonigene V the Governor of Edo State and 2 ors, the court presided over by Honourable Justice T. Akomolafe-Wilson held that by virtue of the provisions of sections 7(1) of the 1999 Constitution (as amended) and more specifically, section 10(4) – (10) of the Edo State Local Government Amendment Law of 2000, the Governor lacked the powers to handpick and recommend persons not democratically elected for appointment as members of a local government transition committee.

“Accordingly, in the light of the valid and subsisting judgements of the Supreme Court which has resolved this issue and more importantly, the judgement of the High Court referenced above, in which the Governor and the Edo State House of Assembly were named parties, the Governor has no right whatsoever to disobey these judgements by purporting to ‘handpick’ ‘nominate’ or ‘recommend’ the persons he purports ‘appoint’ as members of a ‘caretaker committee’ or ‘liaison officers’ in the 18 local government councils in the state.

“More fundamentally, the Governor’s move amounts to contempt and it is punishable accordingly.”

Going further, Barrister Osifo stressed: “since assumption of office by Mr. Godwin Obaseki on November 12, 2016, the generic standard governance style has been defined by consistent push to suppress and undermine the principles and values of democratic government.

“He has continued to lend himself to the vainglorious surge of raw instincts and impulses primarily driven by self-interest and preservation.”

On the agricultural sector, he stated, “till date the 200,000 jobs expected to be generated in the agricultural sector has remained a mirage. Governor Obaseki should step on delivering legacy projects of his government rather than concentrating on peripheral challenges that development partners and NGOs could effectively deliver.

“Edo people are grumbling and murmuring about great promises but the Governor only delivers mere tokens.”