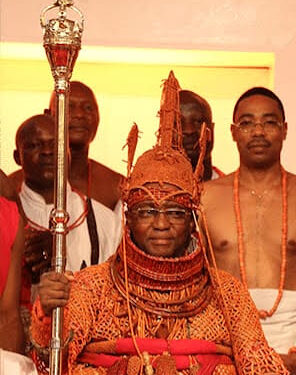 Leadership of the Nigeria Union of Journalists (NUJ), Edo State Council has felicitated with the revered Monarch, His Royal Majesty, Omo N’Oba N’Edo, Uku Akpolokpolo, Oba Ewuare 11, N’Ogidigan, Oba Of Benin, on the occasion of his 6th coronation anniversary.

In a statement, the union Chairman, Comrade Festus Alenkhe, described the coronation anniversary as an auspicious occasion.

According to him, the six years reign of the revered monarch has been very eventful and rewarding.

While praying to God Almighty to endow the monarch with more wisdom and knowledge to reign in Benin Kingdom, he also wished the Oba more years on the throne.

In a related development, Comrade Alenkhe also congratulated the Benin monarch on his 2022 birthday. He prayed to God Almighty and the ancestors to give the Oba more fruitful and result oriented years on earth.

In the statement, Comrade Alenkhe assured that, journalists in Edo State will continue to work in line with the ethics of the profession and report the activities of the Palace of the Oba of Benin accurately.