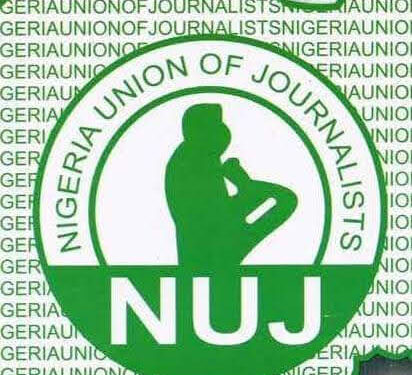 Chairman of the Edo State Council of the Nigeria Union of Journalists (NUJ), Comrade Festus Alenkhe, has admonished reporters practising in the state to be up and doing as the general elections comes up in a couple of weeks with a promise to defend them when the need arises.

He made the call while inaugurating the KU/Speed FM Chapels of the Council and its exco on Thursday afternoon in the KU FM station in Benin City.

While congratulating the management of the two broadcast outfits for joining the State Council of the NUJ as the 15th chapel, Comrade Alenkhe charged the newly inaugurated chapel executives to endeavour to give members of the chapel good representation while promising that the Council will always be available to cater for the needs of members.

He appealed to members to endeavour to carry out their duties in line with the dictates of the journalism profession while also being careful not to be caught in political intrigues which may emerge in the course of them doing their jobs with a promise to always defend members who may fall victim of threats or intimidation from political actors.

Saliu Ibrahim, the Station Manager of KU FM, in his welcome statement, said that the admittance of the station into the NUJ fold is a harbinger of good things to come for its members.

Earlier, while at the offices of the Super 88.1 FM to inaugurate the chapel as the Council’s 14th and its exco members, Comrade Alenkhe praised the station’s management for deciding to regularise its status with the Council and promised that it’s the beginning of a new lease of life for the members as they will immediately start benefitting from the horde of welfare packages of the NUJ.

While welcoming Comrade Alenkhe and his entourage made up of some of the Council’s stakeholders, the Business Manager of the station, Gbenga James, gave kudos to the Council for deeming it fit to admit the station into its fold and assured that the station will reciprocate the gesture by flying the flag of the Union high at all times.

2023 Polls: NAWOJ President urges women journalists to be objective in their reportage

Obaseki to transform Edo to hub for production of medicines, other pharmaceutical products

Obaseki to transform Edo to hub for production of medicines, other pharmaceutical products